Resonating the Rural: Komitas and the Musical Reconstruction of Anatolia 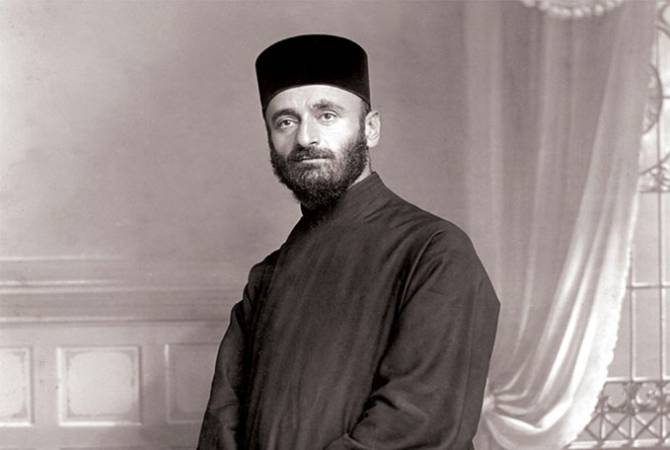 As a PhD candidate at McGill University in Montreal, my research owes a great deal to the musical practices of Canadian-Armenian performers who brought to life my interest in Komitas’s music and his broader impact on the Armenian diaspora. In recent years, I have undertaken an analysis of musical traditions inspired by rural musical practices of the 19th century. Largely left outside of serious academic discussion, these musical traditions represent place (both real and imagined) for diaspora communities. It is through such a context that my research on Komitas has taken root. In this short piece, I would like to address why Komitas’s music has inspired members of the Armenian diaspora and how his compositional process is linked with broader discourses of musical nationalism that took place in the final embers of the 19th century.

Komitas’s impact for Armenians abroad is undoubtedly crucial; firstly, his music resides on the boundary between folk and classical music, which continues to inspire contemporary performers to interpret and reinterpret his works in a variety of engaging ways. Secondly and perhaps crucially, his arrangements and original compositions present to contemporary diasporans a musical snapshot of Armenia that transcends the landscapes of the present-day Armenian Republic – giving listeners access to the villages of Anatolia that remains so crucial to Armenia’s past heritage. Although his compositions often addressed themes like Armenian exile (namely his art songs, “Anduni” and “Groong”) his music also actively encouraged listeners to feel that what they are hearing is authentic to their own Armenian culture.

This sense of authenticity was borne out of his fieldwork excursions. From a compositional standpoint, like several composer-ethnographers of the fin de siècle, Komitas was not satisfied with leaving the music he encountered in the field, unadorned and simple. In order to achieve broader appeal, he consciously took folk melodies he encountered in rural Armenia and embellished them with nuanced and harmonically engaging accompaniment that never upset the folk melody. These folk melodies – simple yet memorable – became the mottos for Komitas’s compositions. This practice of compositions is arguably why Komitas achieved appeal among Europe’s elites during his frequent visits to France and Germany where he participated as a member of the International Music Society, for which he was the first non-European member. By cloaking an Armenian melody with the accoutrements of western harmony, this presented to the European musical establishment, a sense of something new. Whilst, for members of the diaspora, it presented Komitas as the Armenian response to Western art music, something that gave them pride of ownership.

Komitas is one example of a composer who dedicated his life to the pursuit of a national musical tradition: others include the celebrated Bela Bartok of Hungary, Antonin Dvorak and Bedrich Smetana of Moravia and Bohemia (Czechoslovakia), and later, the work of the Impressionists in France. During the mid-to-late 19th century, with the breakdown of the Hapsburg Empire, and the waning influence of the Ottoman Empire, music became an important way of demarcating place and national identity. Although a great deal of time has passed, Komitas’s music continues to be the passport towards home, giving Armenian diasporans in particular, a music on which to lay claim.