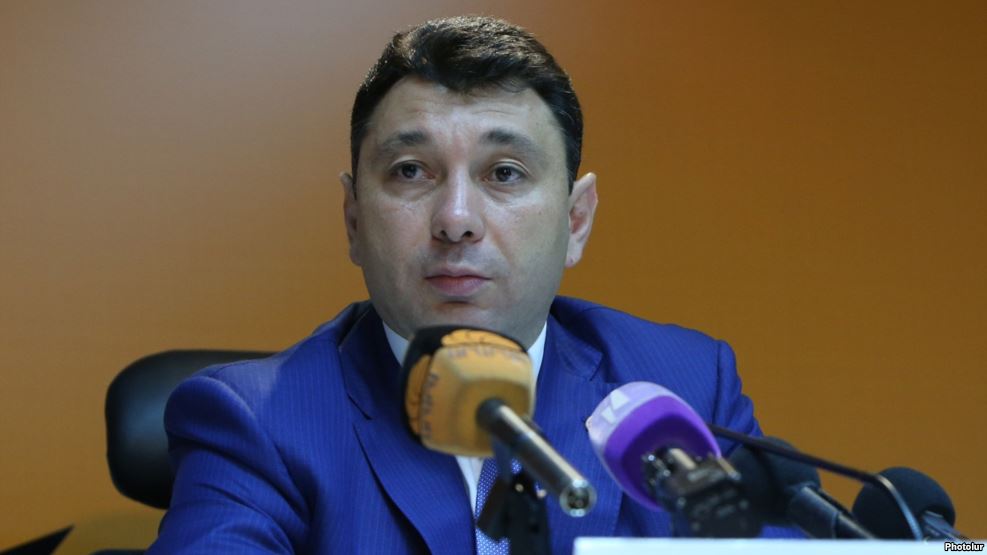 (RFE/RL)- President Serzh Sarkisian’s Republican Party (HHK) on scoffed at plans by a group of prominent Diaspora Armenians critical of the authorities in Yerevan to monitor Armenia’s upcoming parliamentary elections.

Rock musician Serj Tankian, Canadian-Armenian filmmaker Atom Egoyan and other Diaspora artists said on Monday that their “Justice Within Armenia” campaign plans to deploy 20 observers for the polls slated for April.

The campaign was launched in late September with a joint online petition signed by more than two dozen well-known individuals, virtually all of them ethnic Armenians living in Europe and North America. They called on Armenia’s government to end widespread corruption, respect laws and hold democratic elections.

“If they are so eager to prevent [election fraud] they could also do that in countries in which they live and of which they are citizens,” the HHK spokesman, Eduard Sharmazanov, said, commenting on the initiative. He pointed to “numerous flaws” that marred the recent U.S. presidential race.

“We don’t need controllers, we need assistants, people who work together so that we all move forward,” he told RFE/RL’s Armenian service (Azatutyun.am).

Sharmazanov insisted that the Armenian authorities are committed to ensuring that the upcoming elections are free and fair. He argued that they recently enacted a set of amendments to the Electoral Code that had long been demanded by the Armenian opposition. “Whether or not [the Diaspora celebrities] come, we will go down the path of democratization,” he said.

Vahram Baghdasarian, who leads the HHK faction in parliament, was more positive about the vote-monitoring mission planned by the Diaspora celebrities, saying that the Armenian government wants to see as many foreign election observers as possible. But he warned them against “interfering” with the electoral process.

“We will call on everyone to carry out their mission within the bounds of their rights,” said Baghdasarian.

In a November 26 speech, President Sarkisian pledged to strengthen Armenia’s ties with the Diaspora. But in what may have been a reference to “Justice Within Armenia,” Sarkisian hit out at unnamed Diaspora Armenians who “do not understand our reality but have assumed the role of judges.”

Mkhitaryan scores, gets hurt as Man U beats Spurs 1-0