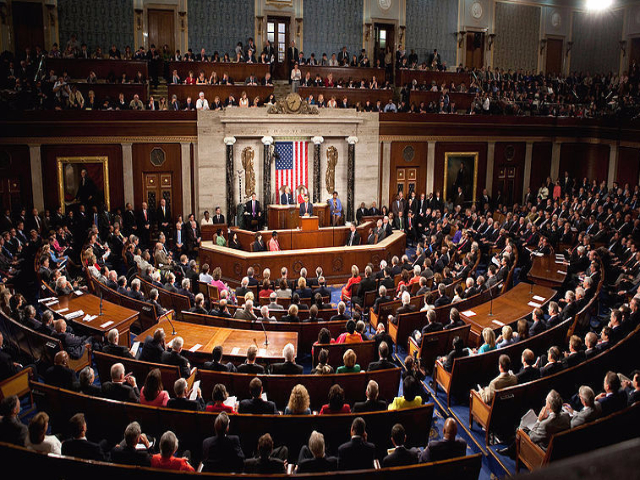 For the first time since the Genocide of 1915, the US Senate adopted a Resolution unanimously on December 12, 2019, recognizing the Armenian Genocide, after it was blocked for three consecutive weeks by different Republican Senators at the request of the White House. Since then, I have received countless phone calls and emails from Armenians asking me if this Resolution, along with its companion Resolution adopted overwhelmingly by the House of Representatives on October 29, 2019, will now go to Pres. Donald Trump for his signature.

Nevertheless, regardless of the type of Resolution, if Pres. Trump so wishes, he can use the term “Armenian Genocide” in his annual statement on April 24, 2020.

Even though the October 29, 2019 recognition of the Armenian Genocide by the House of Representatives was the third time the House has passed such a Resolution, the December 12, 2019 Senate Resolution is historic since it is the first time since 1915 that the US Senate has adopted such a Resolution using the term Armenian Genocide. Furthermore, these two “stand alone” resolutions do not have the force of law, therefore, no legal consequence. They are simply considered the “Sense of Congress.”

Nevertheless, the adoption of these two Resolutions and their international media coverage angered the Turkish government. Several Turkish officials issued statements condemning the US Congress and threatening to expel the US troops from two air bases in Turkey. Turkish officials also tried to minimize the importance of these Resolutions by stating that they have “no value at all.” The Turkish government went as far as compelling its Parliament to issue a
resolution condemning the US Senate for recognizing the Armenian Genocide. The Turkish government also summoned US Ambassador in Ankara David Satterfield, telling him that the Armenian Genocide Resolution would disrupt US-Turkish relations, while claiming that the Resolution has “no value at all.” Why then has the Turkish government spent millions of dollars for years on lobbyists trying to block the Resolution in Congress? How can a “worthless” Resolution disrupt US-Turkish relations and why would Turkey threaten to expel the United States from the Turkish airbases?

Just as offensive is the attacks on the Senate Resolution by Azerbaijan’s officials. “The adoption of the resolution … is an attempt to falsification of historical facts and its use as a means of political pressure,” stated Leyla Abdullayeva, Azerbaijan’s Foreign Ministry spokeswoman. The Resolution “serves only the dirty purposes of the Armenian lobby circles,” she added. Armenia’s officials should react sharply by condemning Azerbaijan’s denialist statement which makes Azerbaijan an accomplice to the crime of Genocide after the fact. As a punishment, Armenia should declare that it is temporarily freezing all negotiations with Azerbaijan on Artsakh.

While it was expected that the Turkish government would lash back at the Armenian Genocide Resolutions, we are chagrined that the newly-elected Armenian Patriarch of Turkey, Sahak Mashalian, gave a lengthy interview to the Turkish newspaper Sabah, calling the Senate Resolution “not very moral.” While it is understandable that Armenians in Turkey are hostages deprived of their basic human rights, nevertheless there was no reason for the Patriarch, who was elected just one day before the adoption of the Senate Resolution, to go to such great lengths to parrot the Turkish government’s denialist propaganda! He not only condemned the US Senate but said such offensive things as calling for a historical commission to study if a genocide had taken place, falsely claiming that some Armenians sided with Russian troops in attacking the Ottoman forces, accusing Armenians and Turks of massacring each other, urging Armenians and Turks to find a mutual solution without the interference of “third parties,” and supporting the adoption of the infamous Armenia-Turkey Protocols by both countries. All of these are arguments advanced by the Turkish government. Patriarch Mashalian stated at the end of his interview that “I am not a politician; there is a political dimension to this [issue].” He should have refused to talk to Sabah, stating simply that he is a spiritual leader and does not wish to engage himself in political matters.

Regarding the Patriarch’s suggestion that third countries should not involve themselves in the Armenian Genocide issue, he is completely wrong! If it weren’t for the Diaspora’s lobbying efforts for the recognition of the Armenian Genocide, this issue would have been forgotten by the world long ago! Rather than taking the side of the denialists and liars, Patriarch Mashalian should have worked tirelessly to establish the truth inside Turkey. This is the least one can expect from a man of God! Finally, even though the Patriarch is parroting the Turkish denialist talking points, we are not sure that the Turkish government has actually pressured him to give the interview to Sabah. He may have done it on his own to score points with the Turkish government, expecting that Ankara will shortly approve his election as Patriarch. “No one in this congregation would want to vote for a patriarch without approval from the state,” Mashalian told Sabah. The Patriarch is scheduled to meet with Turkish President Erdogan this week!

Since Catholicos Karekin II and Aram Catholicos rushed to congratulate the newly-elected Patriarch of Turkey, I wonder if after Mashalian’s cowardly statements to Sabah, the two Catholicoi would retract their congratulations and denounce the Armenian Patriarch’s denialist statements.

Armenian government officials, including the President, Prime Minister, and Foreign Minister issued statements thanking the US Congress and Armenian Americans for their support of the Genocide Resolution. While Prime Minister Nikol Pashinyan stated that the adoption of the Resolution would reduce the Turkish threat to Armenia’s security, he regrettably added that he supports the normalization of Armenian-Turkish relations “without preconditions.” If the recognition of the Genocide defends Armenia’s security, why would the Prime Minister say that “for us recognition of the Armenian Genocide is not on the agenda of our relations with Turkey?”

In terms of next steps, it is high time that the Armenian government applies to the World Court (International Court of Justice) demanding from Turkey everything that Armenians lost as a result of the Genocide. These are:

1) Pay monetary compensation for the 1.5 million victims of the Armenian Genocide;

3) Restore churches, monasteries, schools and cemeteries to the Armenian community in Turkey;

4) Liberate and unite Western Armenia with the Republic of Armenia.