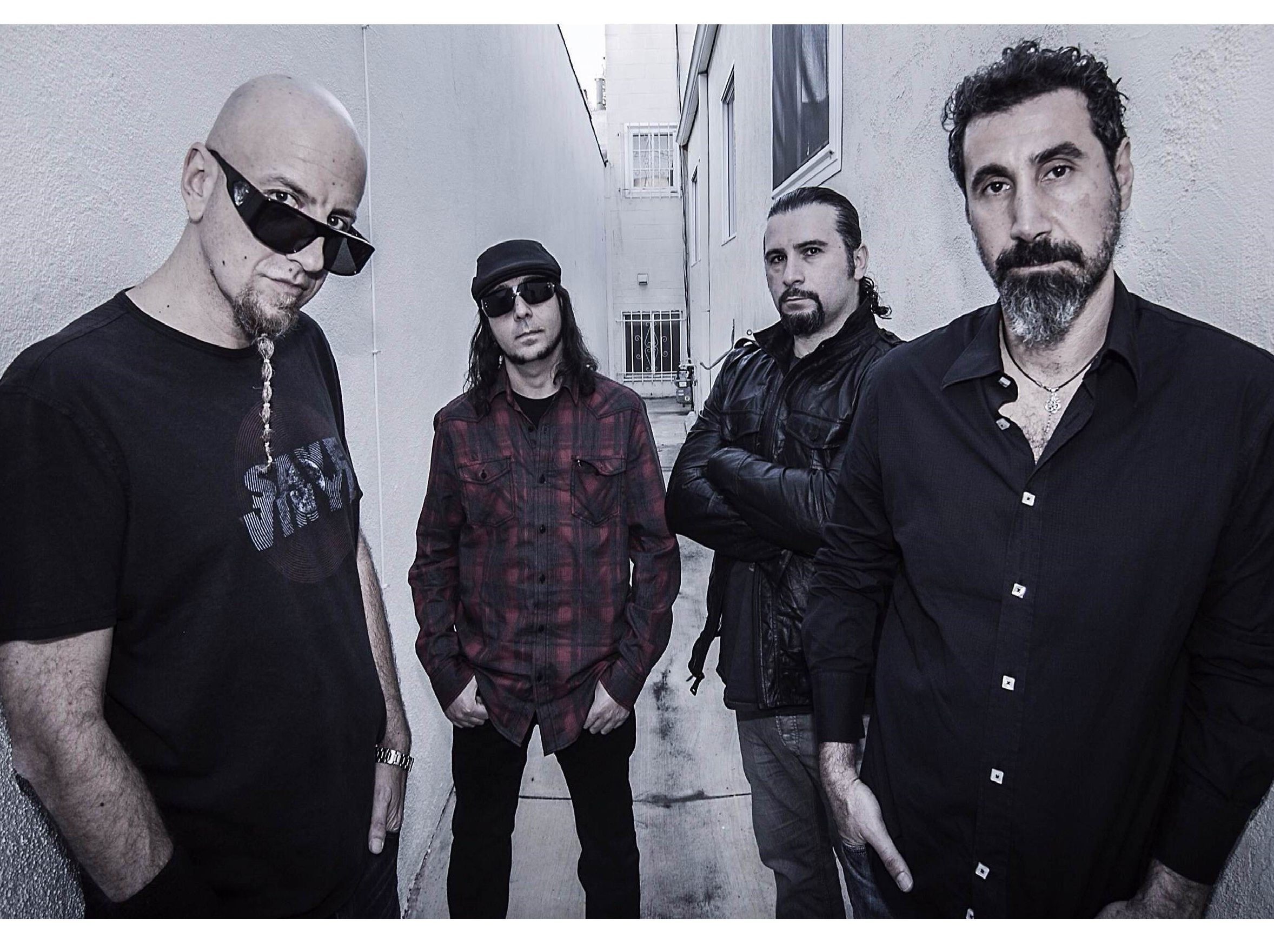 System Of A Down (Photo: Frank Maddocks)

Asbarez- LOS ANGELES—GRAMMY Award-winning multiplatinum alt-rock band System Of A Down revealed the details of a very special Livestream fundraising event scheduled for Saturday January 30, culminating with the music video premiere of their 2nd single “Genocidal Humanoidz.” The group once again steps up to support humanitarian efforts in their ancestral homeland of Armenia when needed most. The Livestream will be broadcast exclusively on the band’s official YouTube Channel.

In the tragic aftermath of the most egregious violence to affect the area since 1994, soldiers for the Defense Army of Artsakh and Armenia (many of them volunteers) suffered war crimes at the hands of the invaders- Azerbaijan abetted by Turkey and their Syrian mercenaries. These young men, wounded in the conflict, remain in dire need of prosthetics, advanced treatment, and medical care. System Of A Down is hosting the Livestream in order to raise money to rehabilitate and outfit soldiers who have lost arms and legs with life-changing prosthetic limbs. Additionally, funding will benefit the introduction of groundbreaking laser therapy for the treatment of chemical burns from banned white phosphorous weapons.  All proceeds from the Livestream will be donated to this noble cause.

The Livestream launches at 9 a.m. PT/Noon ET. The band will welcome a roster of guests to join them for interviews. These include representative for Armenia Fund USA Maria Mehranian, Armenian-American musician Sebu Simonian, Good Day LA’s Araksya Karapetyan, Harvard Clinician Dr. Lilit Garibyan (who leads the charity “Face Of Angel” which has established medical laser treatments in Armenia and now aims to provide medical scar laser treatments to soldiers with burn and trauma scars), Armenian Parliamentarian Narek Mkrtchyan, (who is leading the development of a new prosthetic hand lab and initiative with Homeland Defenders Rehabilitation Center), and director Adam Mason of Deep Sky Animation who helped create the “Genocidal Humanoidz” music video. A special video from Lt. Colonel Sargis Stepanyan from Armenian Wounded Heroes Fund and additional videos of support from VIP friends of the band will be showcased throughout the livestream. Wrapping up the event, the video debuts worldwide at 11a.m. PT/2 p.m. ET. Viewers may donate throughout the entire stream on the band’s Youtube channel.

In November, System Of A Down released new music for the first time since 2005 in order to rally for Armenia. They released “Protect The Land” and “Genocidal Humanoidz” and pledged royalties earned, including from purchases on Bandcamp,  to the major non-profit, Armenia Fund. Along with other donations from fans on its social pages, the band has raised over $600,000 so far.