The Bold And Fearless At POM: Tales Of Courage At This Year’s Hamazkayin Film Fest 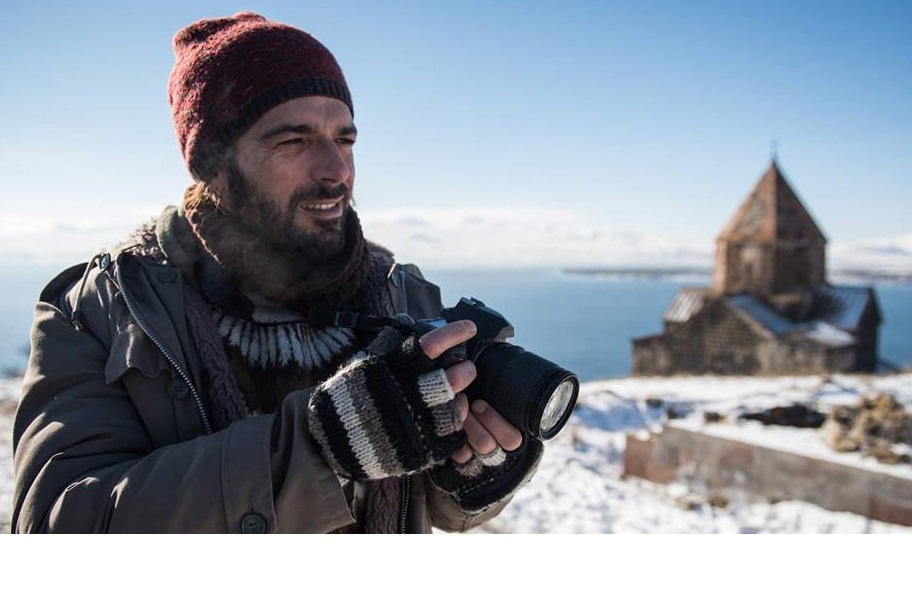 Hamakayin’s Pomegranate Film Festival will screen fifty films between November 14th-18th, with a renowned jury consisting of executive producer Silva Basmajian, director Bared Maronian and Agos journalist and film critic Kumru Bilici. As Armenians all over the world mourn the loss of Charles Aznavour, POM is honoured to organize a special night of tribute dedicated to the late singer. On Wednesday, November 14th, two screenings will take place at the Hamazkayin Theatre, each of which pay homage to the legacy of the French icon.

The first screening, a documentary called Aznavour: Autobiographie, was filmed by the singer’s longtime friend, Marc Di Domenico. Intimate footage of the singer was filmed over the span of four years, without the use of conventional interviews. This approach to filmmaking creates a touching, candid glimpse into the life of Aznavour — born into a modest family of artists with a passion for culture and music. The film is an intimate interplay of career and private life, where the viewers enjoys tidbits of his friendships with Liza Minelli, Frank Sinatra, Ray Charles and a plethora of other musicians. The evening promises to be a memorable event, with a special performance with members of Hamazkayin’s Kousan Choir.

The second feature of the evening will be François Truffaut’s Shoot The Piano Player (Tirez Sur Le Pianiste), originally released in 1960, the POM presentation will include English subtitles. The film is a classic and helped launch Aznavour on the world stage. It stars a youthful Aznavour as a mild-mannered pianist who finds himself in the criminal underworld. Truffaut, a master director, crosses traditional film genres by mixing strokes of comedy, tragedy and suspense in this post-war Parisian classic, in which Aznavour shines as Edouard Saroyan.

POM is also thrilled to present two fascinating features on Thursday, November 15th at Fairview Mall Cineplex. Producer Mary Apick’s Price For Freedom will kick off the evening. Apick, along with actors Paul Sorvino, Ken Davitian, and Dr. Marc Benhuri — the author of the best-selling novel upon which the film is based — will be in attendance for an interactive panel after the screening with broadcaster Arda Zakarian.

Set during the context of the Islamic Revolution in Tehran 1979, an Iranian-Jewish dentist opposes the new regime and becomes involved in dangerous plans to hamper the American Hostage Crisis. Based on actual events, the film highlights the power of an ordinary man’s struggle to maintain freedom and justice in the face of tyranny.

The following feature, Spitak, with a musical score by Serj Tankian, will follow at 9:15pm Thursday. Chosen as Armenia’s selection for the Best Foreign Language’ film for the Academy Awards in 2019, the film is a powerful story of a father, Gor, who leaves Moscow for Armenia upon learning about the earthquake of 1988. The devastation and chaos he discovers is overwhelming, beyond anything he could have imagined.  Yet Gor never abandons hope. He encounters a multitude of medics, soldiers and brave civilians — all of whom are suffering in their own way while bravely searching for survivors.

Inspirational stories will continue to be screened throughout the festival. Of particular interest is the short documentary, We Are Our Mountains by French director Arnaud Khayadjanian. Through a gallery of portraits, he discovers those who shape everyday life in Arstakh and how they strive to maintain their independence. Khayadjanian, a talented director, has been a previous POMgrant recipient and his past films have included: Lost Horizons And Stony Paths.

This will be Khayadjanian’s third entry at POM and the film’s North American premiere, which will take place at 11am as part of the Armenia Now series at the Hamazkayin Theatre. The same screening will also feature, Where Are We Going, by Grigor Petrosyan. The film centers on the candid dialogue of a group of young filmmakers in Vanadzor, as they reflect on what the future holds for them. While Oksana Mirzoyan’s Susanna is a beautiful portrait of a pregnant woman risking all to escape an abusive situation; it will be screened with the closing film, Hotel Gagarin.

POM is also delighted to screen a diverse range of films related to the resilience of youth. Looking at the plight of those who cross seas in search of a better life, Irina Patkanian’s Children Of Gold is a poetic short documentary concerning child refugees after they disembark in Lesbos, Greece; Shogher Petrosyan’s Father’s Land tells the tale of a young heroine who lives next to a border and holds onto a dream despite facing challenges tied to settlement disputes; Canadian filmmaker Armen Poladian’s Second Hand is about a young boy who initiates a challenge to save his father; Vancouver native David Hovan stars in Who Will Remember, based on a true account by Barbara Erysian about a teenage girl and her young brother at the start of the Genocide; Silvy Guekguezian’s Blue Ribbons presents the true story of a high school basketball player who must find a way to cope with a debilitating, rare illness; Arusyak Simonyan’s My New Year is a heart-warming portrait of the director’s childhood memories of Spitak and how her family was forced to deal with the harsh reality of the earthquake; Leah Bedrosian Peterson’s Under The Walnut Tree is a unique animation about a young boy who has been displaced during the Hamidian massacres, based on Shahen Natalie’s childhood.

Tales of bravery will also be screened in several biographical films. Breathe, the directorial debut of Andy Serkis tells the life of pioneering survivor, Robert Cavendish, who became paralyzed from polio at the age of 28 in 1958 and fought for a better life outside the hospital with the support of his wife. Starring award-winning actress Claire Foy and Andrew Garfield, the film is a celebration of triumph over adversity. It was nominated for several prestigious film awards. The film will be screened at 5pm on Friday evening at the Hamazkayin Theatre, before the late evening presentations of Netizens at 7pm and Bloody Milk at 9:30pm at the Regent Theatre.

The short docu-drama, To My Father, written and directed by Liliana Komorowska and Diana Skaya, centers on the story of Adam Bandrowski, Skaya’s grandfather, a Polish victim of one of the many acts of genocide executed during Stalin’s Great Purge between 1937-39.  His story is traced through the memories of his young daughter Alina.

A major highlight of the festival will undoubtedly be the World Premiere of Mimi Malayan’s Diana Apcar: The Stateless Diplomat, an astounding documentary about the 19th century Armenian writer living in Japan. She rose to become an ambassador for Armenia when it emerged as a republic for the fist time in 1918. Her objective was to help all survivors of the Genocide. As a prolific author, she spent her time appealing to politicians, missionaries, and organizations that would be in a position to help her people. She worked tirelessly with Japanese officials to provide asylum to Armenian refugees.

Garo Berberian’s short Taniel is a praiseworthy film about the last months of the poet Taniel Varoujan’s life. Actor Sean Bean serves as narrator in the film, which blends poetry and film noir images to create a gem about one of the most cherished individuals of Armenian culture.