The Economist chooses Armenia as Country of The Year 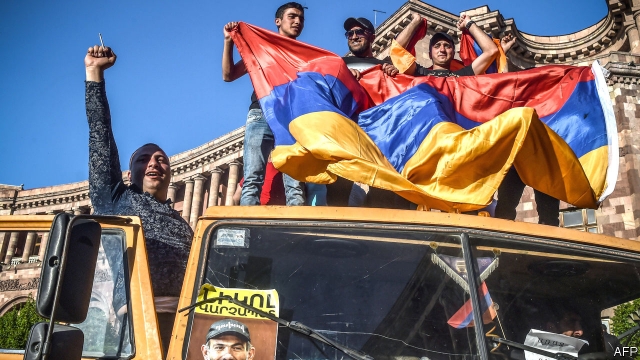 The prestigious British magazine The Economist has chosen Armenia as the Country of The Year 2018.

In its latest edition (December 18, 2018) the news analysis magazine chooses 3 countries with substantial improvements during 2018: Malaysia, Ethiopia and Armenia.

Outlining the political upheavals in the three countries The Economist picks Armenia as the Country of The Year for its bloodless social revolt in April and the subsequent elections in December.

The magazine ends its commentary with: “…an ancient and often misruled nation in a turbulent region has a chance of democracy and renewal. For that reason, Armenia is our country of the year. Shnorhavorum yem!”