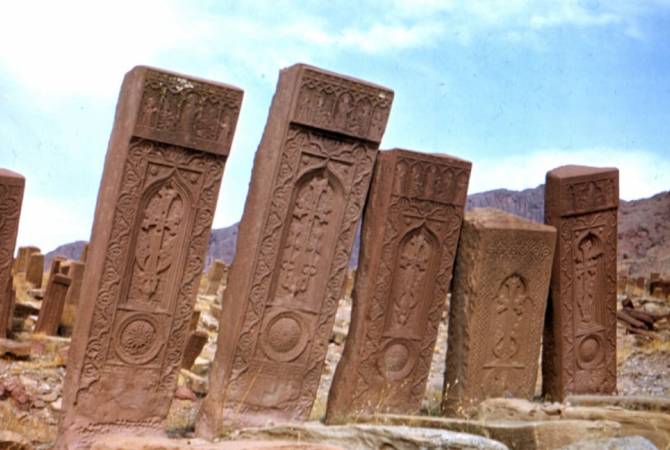 ‘ According to a lengthy report published in the art journal Hyperallergic in February, the Azerbaijani government has, over the past 30 years, been engaging in a systematic erasure of the country’s historic Armenian heritage. This official, albeit covert, destruction of cultural and religious artefacts exceeds Islamic State’s self-promotional dynamiting of Palmyra’, The Guardian writes.

The periodical reminds that on 15 December 2005, the prelate of northern Iran’s Armenian church, Bishop Nshan Topouzian, filmed – from across the river in Iran – the Azerbaijani military methodically laying waste with sledgehammers to all that remained of Djulfa. The soldiers loaded the debris on to truck beds and dumped it into the Araxes.

‘The footage can be found in a 2006 film entitled The New Tears of Araxes posted on YouTube, edited by Maghakyan and scripted by Pickman. It is chilling. Satellite research shows that, in 2003, the uneven, textured landscape was dotted with multiple small structures. By 2009, it is flattened and empty’, writes the periodical, adding that the Azerbaijani government has repeatedly refused international inspectors’ entry to the site.