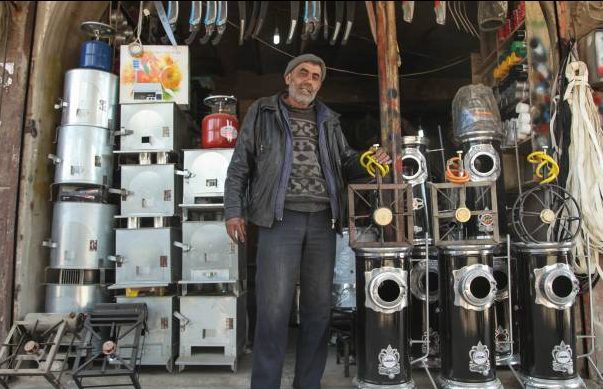 (Akunq)-  Harot Kevork, the last living Armenian in Afrin has talked to the Kurdish Mezopotamya Ajansi about the memories of the Armenian Genocide.

Harot Kevork, who moved to Afrin fifty years ago, is a blacksmith. Speaking to the agency, Kevork said there were many Armenian families that moved from Aleppo to Afrin. Many died in the war, others migrated as a result of the conflict.

“I’m now the only Armenian here. Together with other peoples living here we take care of our city. Turkey has been continuing its attacks for 100 years. It is killing women and children just like 1915. Genocide found us a century later,” he said.

Kevork said Afrin was the only city in Syria untouched by war, and added that the city that has given refuge to a number of people is now being destroyed.

“We were exiled form our homes in Turkey and came here. Now they are trying to force us out of the city. We demand that this war and attacks be stopped. Our call is addressed to all peoples of the world,” he said.