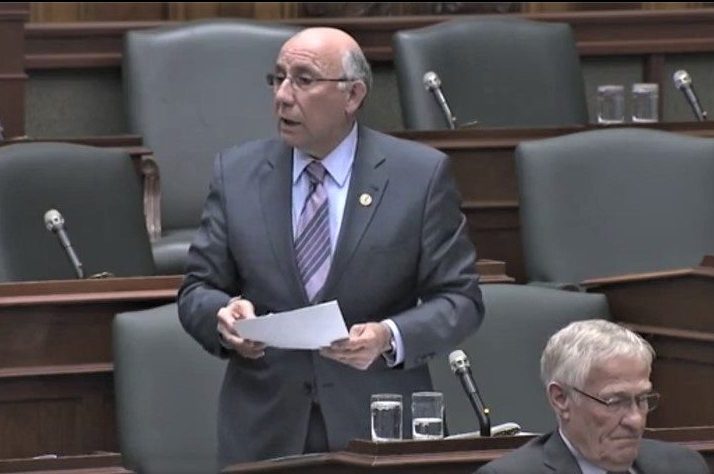 MPP Aris Babikian at the the Ontario Legislature.

Aris Babikian, MPP for Scarborough—Agincourt, commemorated the memory of the Armenian Genocide victims in the Legislative Assembly of Ontario.

On April 24, 2019, Armenians in Ontario, Canada, and around the world commemorated the 104th anniversary of the Armenian genocide that took place in the Ottoman Empire.

Last Sunday I was proud to attend commemoration ceremonies with our Minister of the Environment, Minister of Tourism, Culture, and Sport, and Minister of Seniors and Accessibility in addition to many fellow MPPs.

We stood shoulder-to-shoulder with Ontario’s vibrant Armenian community on an issue of principle and importance not just to Armenians but also to everyone who believes in Human Rights and Justice. The Armenian National Committee of Toronto organized the event.

104 years ago, Armenians alongside Greeks, Assyrians, Chaldeans, and Syriacs were massacred, deported from their homelands, brutalized, and sadly their communities decimated.

1.5 million Armenians were killed during the Genocide, the trauma of that horrific period remains with the Armenian community today. Sadly, to this day some have continued to deny this dark period in the history of these communities, which has magnified the pain and suffering that continues to be carried by children and grandchildren of survivors like myself.

Finally, I am proud to be part of a government and caucus that stand-up in solidarity with victims of genocide everywhere.