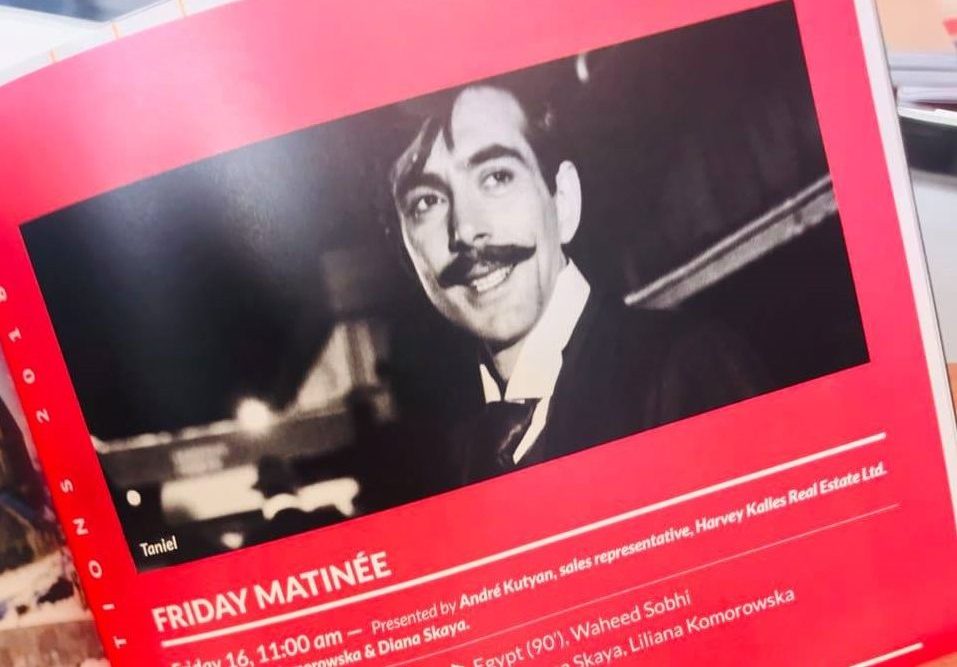 The highly anticipated feature, Spitak, was screened with exclusive remarks by the film’s screenwriter from Moscow, Marina Gardash.

Friday, November 16th was full of inspiring matinee films. The morning segment, brought by Andre Kutyan from Harvey Kalles Real Estate Ltd., kicked off with Waheed Sohbi’s We are Egyptian Armenians and the historical bio-drama, To My Father by Diana Skaya who attended the screening. Festival attendees enjoyed a traditional foul breakfast, offered by Lara’s Restaurant, following the screening and closing remarks by Sona Minakian from Los Angeles, who was thrilled to be the film’s representative at the film’s Toronto premiere.

Victoria Harwood Butler-Sloss presented her film, A Flock of Birds, based on her book, The Seamstress of Ourfa, as part of the series ‘The Old Country,’ sponsored by Sarkis Yacoubian. A series of short films were later screened as part of the ‘Tales from the Diaspora’ segment, sponsored by Whitephoto Digital Photography. Screenwriter Barbara Erysian introduced her film, Who will Remember.

POM will continue to double the fun with its Saturday (including a gala screening) and Sunday program.