“Very superstitious…writing on the wall…” 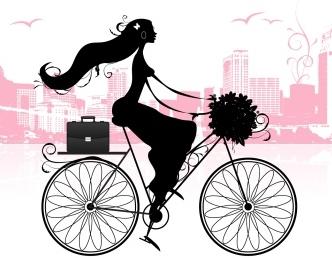 What is it about superstition and why does it plague me so?

There are days where I imagine myself to be walking through a long tunnel-like hallway with bookcases on either side filled with so many shelved ideas and longings…like when Harry Potter walks through the Hall of Prophecies in the Ministry of Magic.  I think to myself, I’m lucky to have so many ideas and thoughts – but I’m also cursed because the minute I choose my course I’ve all but set myself up for failure.

I mean, I’m a logical person…most of the time.  I’m modern.  I understand that superstition is, well, not real…though I’d be lying if I said the black cat, walking under a ladder, killing spiders, crossing over someone’s legs and broken mirrors didn’t send shivers up my spine.

Take when my basement flooded…on the day of my 15th wedding anniversary…the only day in our entire marriage when Mr. Niceguy used the words, “I have bad news”…

It was right after the 6 year old recovered from the stomach flu and on Christmas eve, when we finalized our plans for our traditional quick getaway to upstate New York with my parents in tow. This annual tradition is one that we all look forward to – incidentally, it is the reason I own a seven-passenger SUV even though we’re just a family of four.  Tangent: as an Armenian, there’s no such thing as a “family of four” it’s more like a family of ‘us’; my parents, my sister, her family, my inlaws, my cousins, my aunts and uncles…you get it.  If I could manage a large minibus that could tackle off roading and trips to the ski hills…believe me I would seriously consider it for my “family”.

On Boxing Day, while people were lining up to get into the malls here in Canada, we set off across the border to the quaint town of Victor.  For anyone wondering why Victor, they’d have to ask Mr. Niceguy who randomly picked this town a few years ago thanks to his love of road trips and his desire to simply visit a ski hill…but not ski.  (What???  Yes.  Among his other qualities, when it comes to emergency preparedness, obstacle courses, judo and yes, vacation destinations there is no greater enthusiast than Mr. Niceguy)  Mr. Niceguy is known for “random” getaways and by random, I mean random only to me because they are thoroughly thought out in Mr. Niceguy’s brain but come totally from left field for me.  In any case, my dad was eager to spend time with his son-in-law and grandsons while my mom and I were excited to return to the outlet mall nearby.

Incidentally, while we can attribute our hair colour or eye shape to genes and heredity, I can also attribute my love of shopping – the sport of shopping – to my mother.  At a very young age I was her companion on many a shopping trip like the time when my sister went with my dad to see the Mona Lisa, I visited some of the best Parisian department stores and boutiques.  It was then when I learned about fashion – the way silk drapes and organza hovers, how stitching would indicate whether a garment was laboriously made by hand, or whipped up by a machine, how a shoe could elongate one’s stature or cut it down to a stump.  I inherited that glimmer that I get in my eyes when I find that one piece, that one article that’s just right and the excitement in learning about the latest trends, colours, cuts and fabrics all from my mother…and yes, like an inherited birthmark, I take that with me everywhere, including to the outlet mall near Victor, New York.

Getting back to the impending sense of doom I feel when I decide on a course…  After a gluttonous and fun getaway, we returned back home the day before our wedding anniversary.  The trip had gone well:  we made off with some great deals and better finds, and I had managed to keep myself in check having been the perfect daughter, wife and mother…sometimes a bit of a challenge for my hot-headed self.  That night, we unpacked everything (abandoning our more typical ‘unpack-one-article-at-a-time-over-a-period-of-a-month’) and relaxed in anticipation of our big anniversary day.

I had decided that to mark our special anniversary, we had to do something or perhaps buy something for each other that would forever remind us of achieving our milestone.  And for anyone who’s made it to 15, I’m sure you will agree that it’s quite a milestone.  I will pause here to say the following: I often worry that life is passing me by too quickly and in a blur. I don’t know where the time goes and yet, I constantly find myself wishing days away.  This light-speed-paced lifestyle which I find myself having unknowingly adopted has resulted in me forgetting even some of the big moments so I started journaling again just so I can remember what happened in between the highlights of birthdays and holidays.  At the time, I remember thinking, “I don’t want to forget, I have to think of a way to mark this special day…”

Well…isn’t there that little saying, “Be careful what you wish for?”  I got it in spades.

“I have some bad news,” said he, “there’s water in the basement.”  “Oh ya?  OK…”  I though to myself, was this just an anniversary prank?  As if he could read my thoughts…wouldn’t THAT be nice after 15 years… “No, there’s lots of water.”  Needless to say, as I watched floorboards float by, and the pretty pattern of waves on my ceiling, my 15th anniversary became forever imprinted on my brain.  Had I brought this upon myself?  Had the universe heard my call?

Aaaah….hello superstition.  I had “put my idea out there” and in one fell swoop I had jinxed myself.

In the aftermath, however, perhaps being superstitious had some merit…but the outcome was completely different than what I thought.  Within one hour my entire basement had been drained of water.  Within one week, it was confirmed that the flood was not our fault, a much more sophisticated flood warning system had been installed and I was on the verge of ensuring that my basement would be dryer than it could have ever possibly been…and that it would remain that way.  And forever…forever I would remember that for a brief moment, on my fifteenth wedding anniversary, Mr. Niceguy and I were proud owners of an indoor swimming pool.

So if you ask me about my ideas or thoughts, my plans or dreams…I may share them with you…or if I’m feeling particularly superstitious you may see a wry little smile as I change the subject to something a little less…well…spine tingling…