With 81% of Votes, Pashinian’s ‘My Step’ Wins Yerevan City Elections 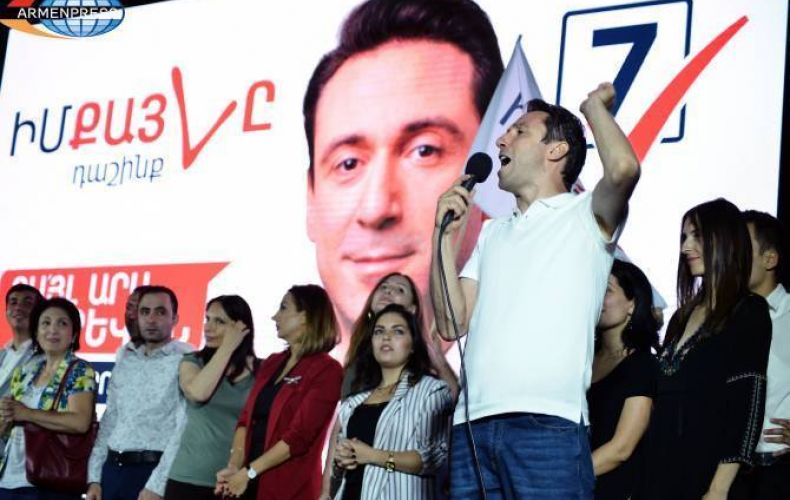 “Asbarez”-Prime Minister’s Nikol Pashinyan’s “My Step” Alliance on Sunday swept to a resounding victory in the Yerevan Municipal Elections capturing more than 81 percent of the votes to guarantee the political bloc the most seats on the city council, according to results published by Armenia’s Central Electoral Commission.

The Armenian Revolutionary Federation was in fourth place with 1.62 percent of the votes.

According to preliminary statistics published by the CEC, of the 848,343 registered voters 370,323 (43.65 percent) took part in Sunday’s special elections.