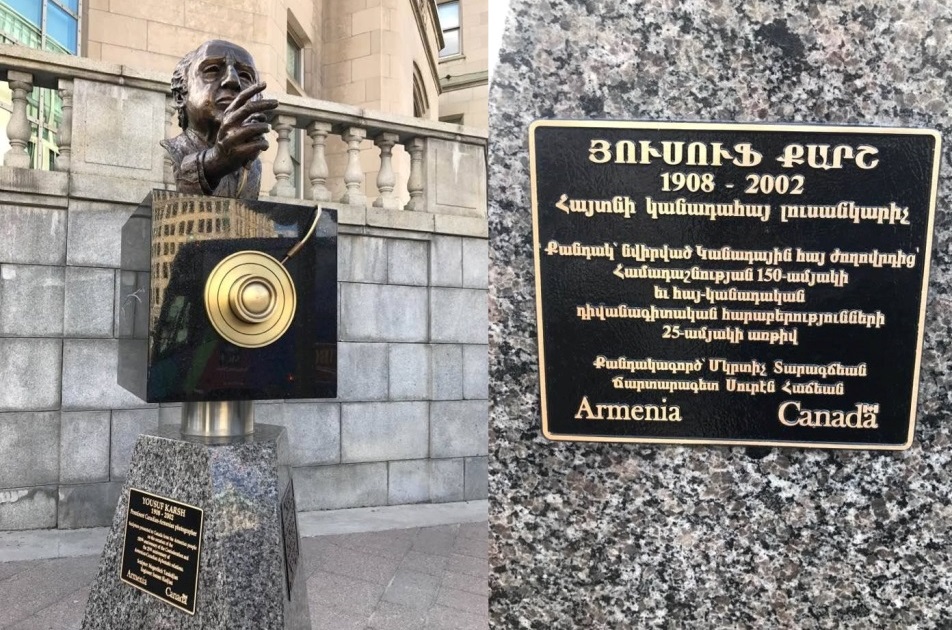 On the occasion of the 25th Anniversary of Armenian-Canadian relations and to mark the 150th anniversary of Canada’s Confederation the bust of the legendary photographer Yousuf Karsh was unveiled in Ottawa on June 9.

Armenian Ambassador to Canada His Excellency Armen Yeganian officially unveiled the bust of Karsh in the presence of Archbishop Papken Tcharian and a number of politicians.

The bust, a gift from the Armenian people to the Canadian people, stands as a lasting symbol of the strong friendship between Canada and Armenia.