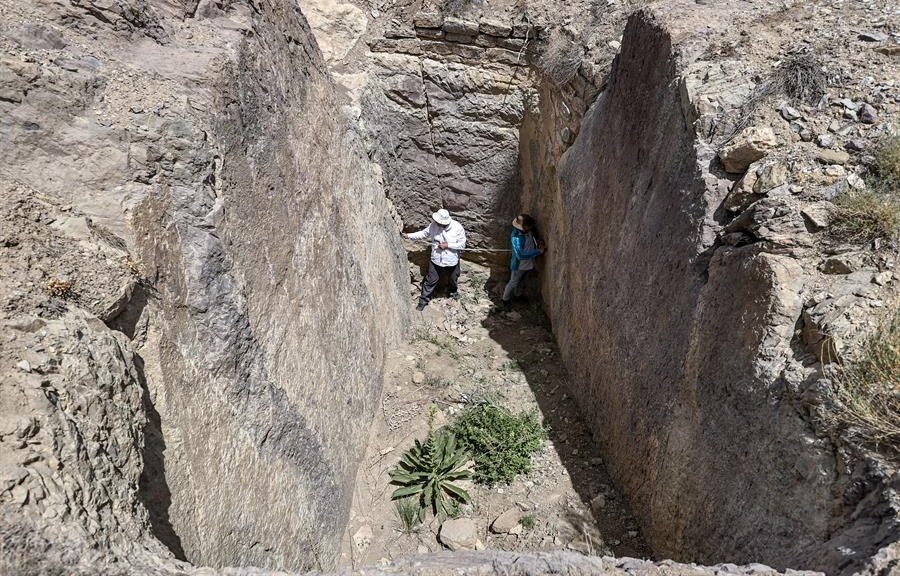 A team of archaeologists has unearthed a castle dating back to the Urartian era in eastern Turkey, Hurriyet Daily News reports.

The remains of the castle dating back 2,800 years ago were discovered during an excavation project sponsored by Van Yüzüncü Yıl University on a mountain at an altitude of 2,500 meters in the Gürpinar district of eastern Van province.

“Although it is believed to be dated back to the Urartian era like the Van Castle, we see that it was mostly used in the Middle Ages,” Rafet Çavuşoğlu, the head of the excavation team and an archeology professor at Van Yüzüncü Yıl University, told Anadolu Agency.

“We understand that this place was built about 2,800 years ago from ceramic pieces, the cistern, and the city walls,” Çavuşoğlu said.

Meanwhile, he added that they “found that limestone rock and sandstone were used in the construction of walls in the region. This castle is a very important discovery for us.”

Besides, the newly found castle will contribute to the historical richness of the district, Hayrullah Tanis, mayor of Gürpinar, said.

“In cooperation with Van Yuzuncu Yil University, we made an important discovery here. We found a new castle witnessing the Urartian period and the Middle Ages. This discovery excited us in terms of tourism and culture,” Tanis
added.

Urartu is commonly used as the exonym for the Iron Age kingdom also known by the modern rendition of its endonym, the Kingdom of Van, centered around Lake Van in the historic Armenian Highlands, present-day eastern  Turkey. The kingdom rose to power in the mid-9th century BC, but went into gradual decline. The Medes took over the Urartian capital of Van in 590 BC, effectively ending the sovereignty of Urartu. Many Urartian ruins of the period show evidence of destruction by fire.

Vote Fairly and Freely, Reckon with Nothing but Your Conscience – President