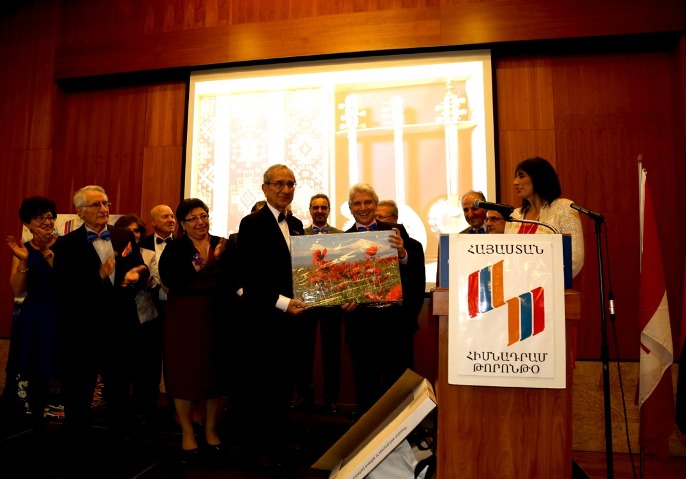 Armenia international Henrikh Mkhitaryan’s shirt has been sold for $20 thousand at a fundraising dinner in Toronto organized by the Canada affiliate of. A total of $530 thousand was raised during the event featuring more than 400 Canadian Armenians.

Addressing the event, Armenia’s Ambassador to Canada Levon Martirosyan emphasized the Fund’s role in the development of Armenia and Artsakh. Local affiliates of the Fund hold similar fundraising events in different countries of the world ahead of the annual Telethon to be held on November 23.

Telethon 2016, held under the slogan “My Artsakh,” raised $15.428.777. Proceeds from the pan-national event has benefited the rebuilding of war-ravaged communities in Artsakh, emergency and disaster preparedness for Armenia and Artsakh, and the construction of homes for Artsakh families with multiple children.