Aliyev, Erdogan Speeches A Direct Threat To The Life And Health Of Armenian People – Ombudsman 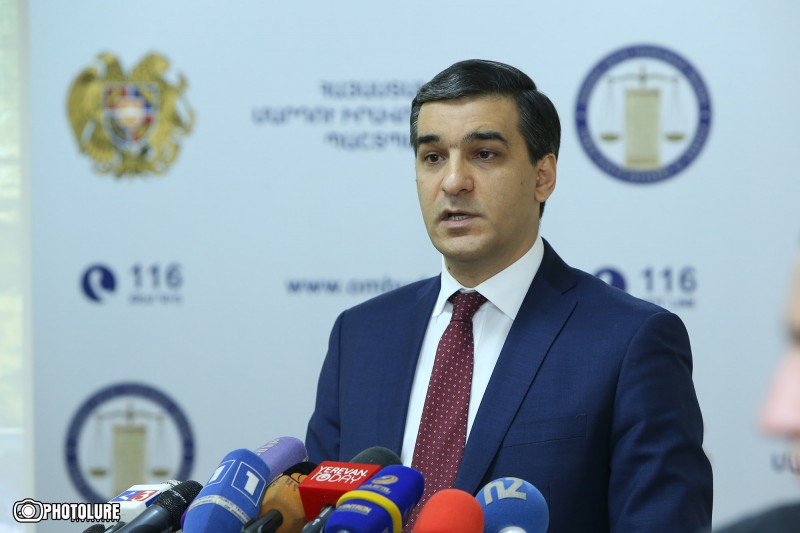 (Armradio)- Today, on December 10, during a military event taking place in the capital of Azerbaijan, the president of that country announced that Zangezur, Lake Sevan, and Yerevan are historical lands of Azerbaijan.

Following that, the president of Turkey glorified the organizers and perpetrators of the Armenian Genocide during the times of the Ottoman Empire and the mass atrocities against Armenians committed in Baku in September 1918. In addition to the aforementioned, the speeches of both Azerbaijani and Turkish presidents were full of hatred against the Armenian people, threatening the life and health of the whole population of Armenia, contained expressions of insults and instigating hatred.

The analyses of Armenia’s Human Rights Defender’s Office confirm that the statements and expressions of hatred and hostility included in the speeches of Azerbaijani and Turkish presidents were the same used also by Azerbaijani soldiers during this war while cruelly torturing, killing or degradingly treating the Armenian prisoners of war and captive civilians with excessive cynicism and humiliation.

“These have been the speeches that have formed the institutional preaching system in Azerbaijan during the years, aimed at disseminating and inflicting hatred and hostility against Armenians based on their ethnicity, endorsing explicit impunity and supporting all of this at the highest official level,” the Human Rights Defender said.

“During 2020 September-November the war crimes and crimes against humanity committed by Azerbaijani military forces have been beyond any human imagination by the volume and level of their cruelty: These have been actions, which require additional scientific research to understand what can be the extreme of cruelty a human being is capable of,” the Ombudsman said.

The Turkish president in his speech full of hatred and threats against the whole Armenian people, mentioned that today is the day of glorification of the souls of Ahmed Jevad pasha, Nuri pasha, Enver pasha, and members of the Caucasus Islamic Army.

“It is an established fact that these people are the Young Turks, who have organized and committed the Armenian Genocide in Ottoman Empire, accompanying it with killings, inflicting damages to health, tortures, and rape,” Tatoyan stated.

“Of those, Enver Pasha in particular, during the years of the Armenian Genocide, was among the organizers of the atrocities, in his position as the military minister of the Ottoman Empire (1913-1918), and Jevad bey, organized and committed all genocidal actions during the First World War, in his position as Constantinople’s (now: Istanbul) city commandant and the member of Turkish state special organization “Teskilat Mahsume” based on the ideology of Pan -Turkism, serving in the rank of major-general. Moreover, these persons, in particular Nuri pasha, who was Enver pasha’s brother, as part of the Caucasus Islamic Army, took part in mass atrocities of September 1918 committed against Armenians in Baku, these atrocities were also accompanied by tortures and rape,” he added.

“Glorifying these persons by the Turkish president, and doing it by a public speech made during a military parade displays explicit genocidal intent. The aim of this speech is undoubtedly to inflict more hatred.,” the Human Rights Defender stressed.

“All of this is augmented by bluntly false statements blaming Armenians for destruction of Azerbaijani or Turkish religious heritage or objects,” he added.

“These speeches are direct threats aimed at life and health of the whole Armenian people, Armenia’s civilian population, an explicit terrorism, which are under absolute prohibition stipulated by the international law. The aforementioned speeches also affirm the Azerbaijani genocidal policy applied through methods of ethnic cleansing and terrorism during this war,” the Ombudsman said.

The Human Rights Defender of Armenia called upon the international community to react and take substantive preventive measures with regards to those issues, which are in breach of fundamental principles of international law and undermine the whole international system human rights and humanitarian protection.