Ambassador Martirosyan’s Meeting with the Mayor of Ottawa 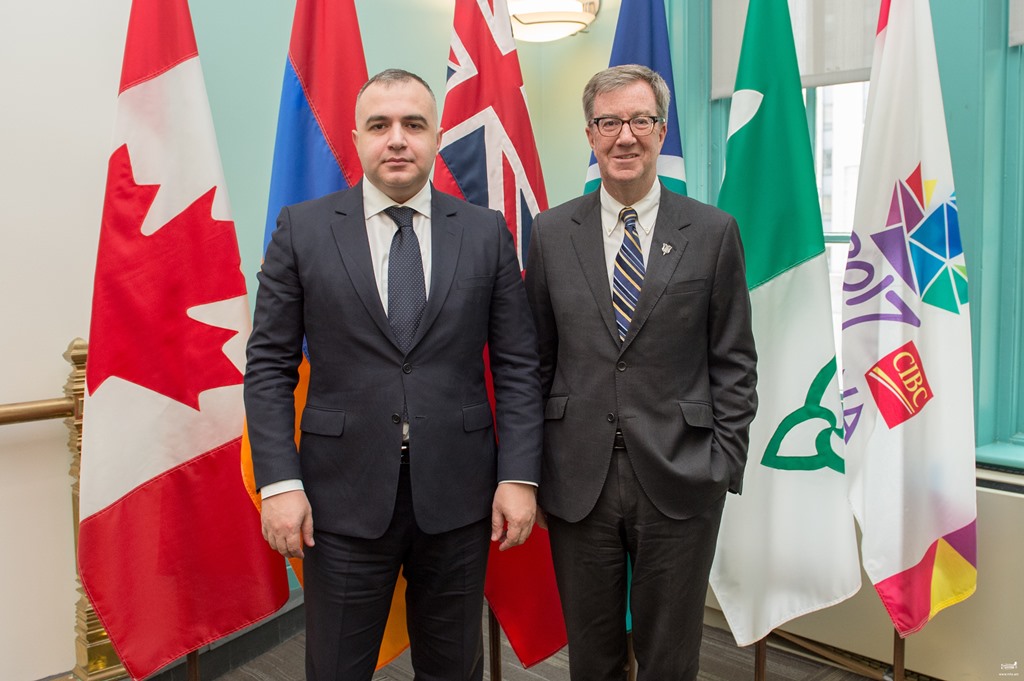 On October 17, Levon Martirosyan, the Ambassador of the Republic of Armenia to Canada, had a meeting with His Worship Jim Watson, the Mayor of the city of Ottawa.

Ambassador Martirosyan thanked the Mayor of Ottawa for his active cooperation with the Embassy of the Republic of Armenia and expressed readiness to continue joint efforts in future.

Jim Watson, in his turn, congratulated the Ambassador on his assuming the office and expressed hope that due to his efforts the Armenian-Canadian relations will further develop.

The sides touched upon the different spheres of bilateral relations, highlighting the achievements in those areas. The events in Canada and Armenia, dedicated to the 25th Anniversary of establishment of diplomatic relations between Armenia and Canada and the 150th Anniversary of Canada, were discussed. Levon Martirosyan and Jim Watson stressed the importance of active cooperation between Armenia and Canada in the frameworks of various international organisations and in particular within the International Organization of La Francophonie.

The interlocutors exchanged thoughts on further facilitation of the decentralised cooperation.

When Even the Dead Cannot Rest in Peace: Turkey’s Intolerance toward the ‘Other’