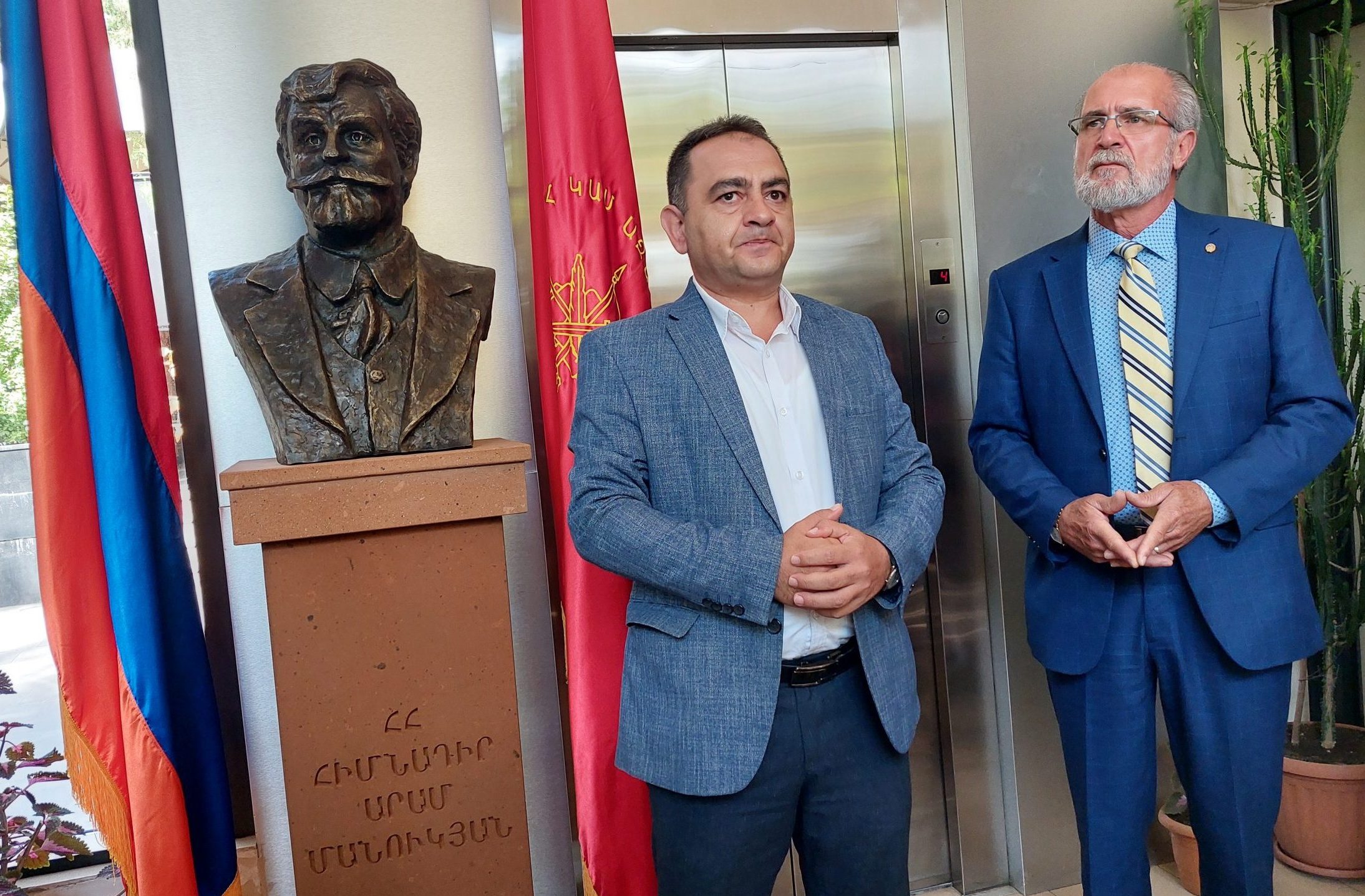 YEREVAN—The bronze bust of Aram Manoukian, one of the founders of the Republic of Armenia, was unveiled today at the Armenian Revolutionary Federation (ARF) Aram Manoukian Youth Center of Yerevan. The sculpture, which is the work of Canadian-Armenian artist and community activist, Hagop Janbazian, was placed in the lobby of the Aram Manoukian Center, through which hundreds of youths enter every day.

In his address, sculptor Hagop Janbazian thanked the ARF Bureau for the opportunity and highlighted the importance of honoring Manoukian’s legacy. “The young people who enter this building will bow not in front of this bust, which is, after all just a bronze statue, but in front of Aram’s everlasting memory. They have inherited his eternal torch and will continue to carry on his legacy,” Janbazian said.

In his remarks, art critic Movses Hergelian (Tsirani), called Manoukian the ‘hero of the heroes’ because he was able to unite the nation. Commenting on the artwork, Tsirani said: “By looking into this statue’s eyes, it is evident that Janbazian has captured the moment when Manoukian commands us to be united and, at the same time, obliges us to be committed to his message. We are accountable to him because he established Armenian statehood. Without Aram Manoukian, there would be no Armenian state.”

Janbazian’s bust of Aram Manoukian is also displayed at the Sardarapat Memorial complex’ Sardarapat Ethnography and Liberation Movement History Museum. Janbazian is the author of several monuments, sculptures, and other pieces of art in Armenia and across the world, especially in Armenian communities throughout the Diaspora. 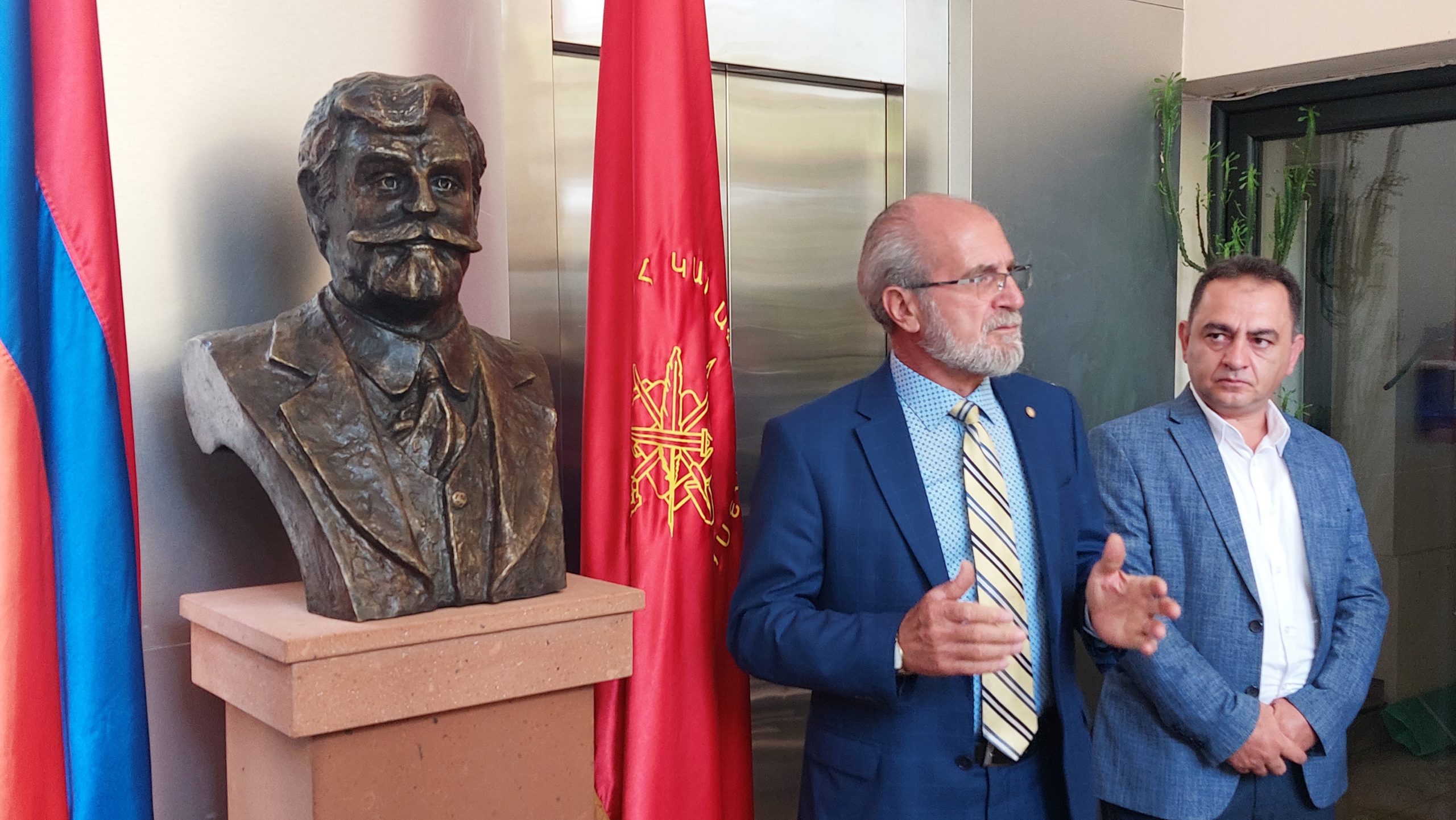 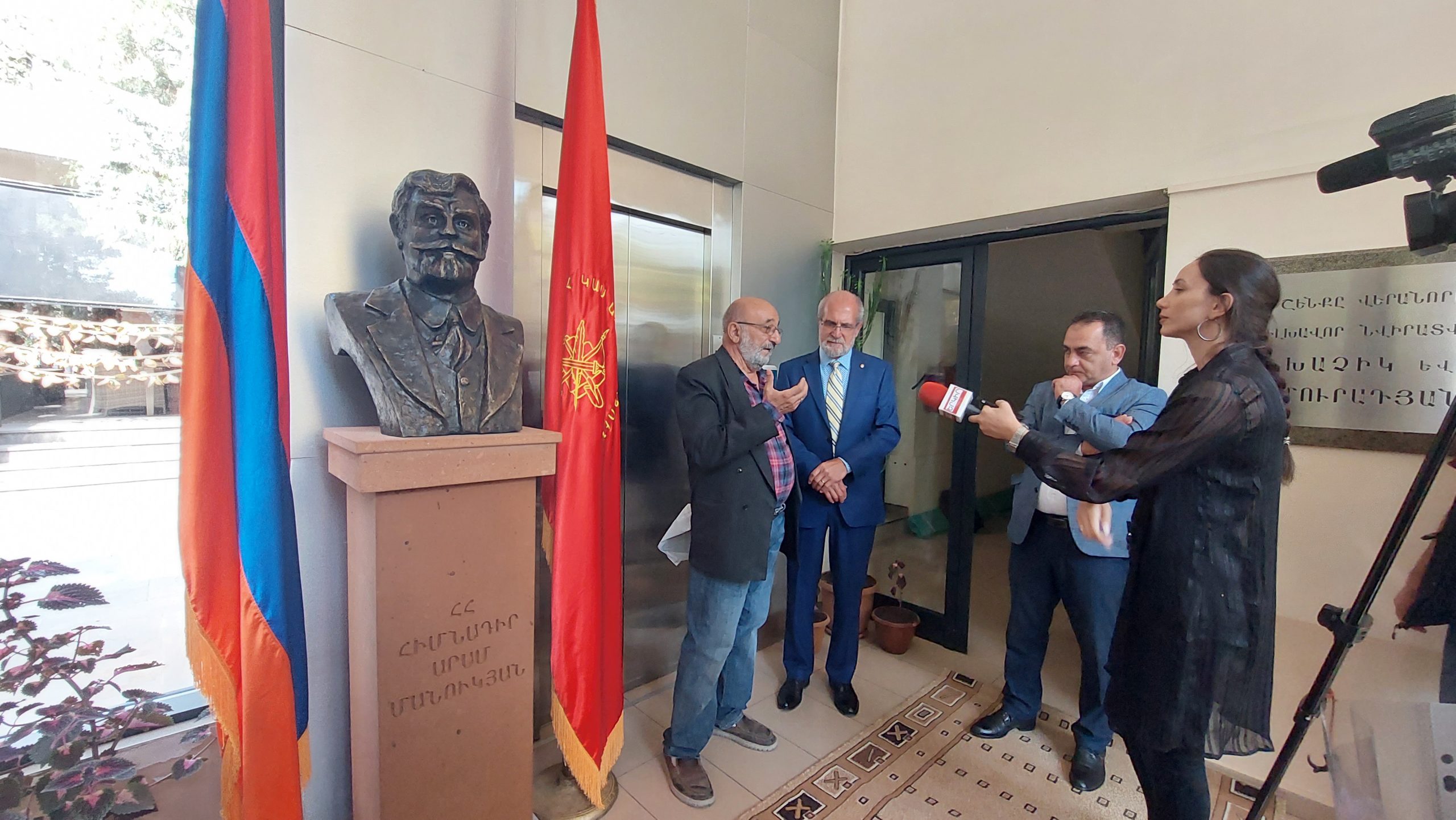 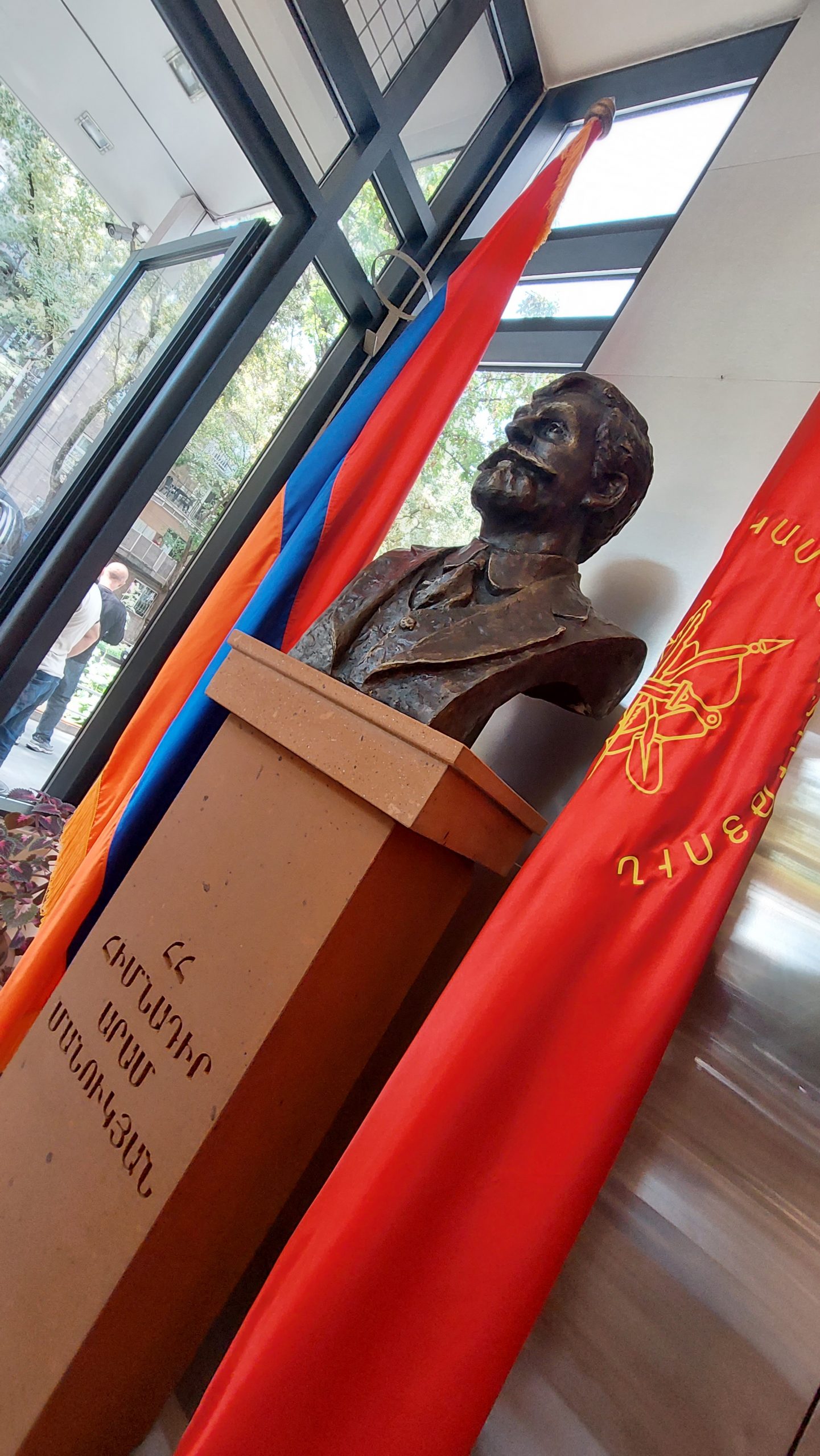 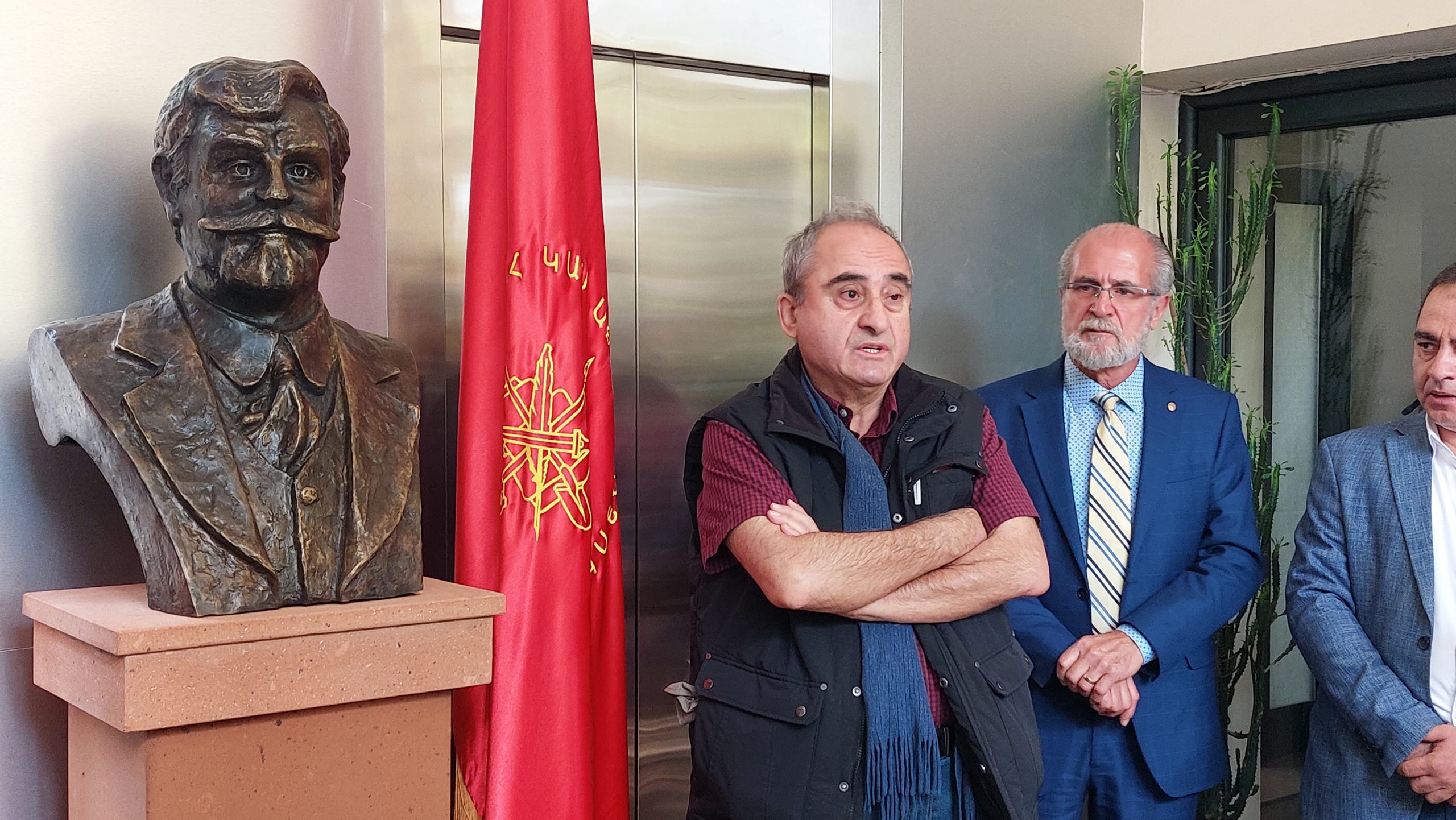 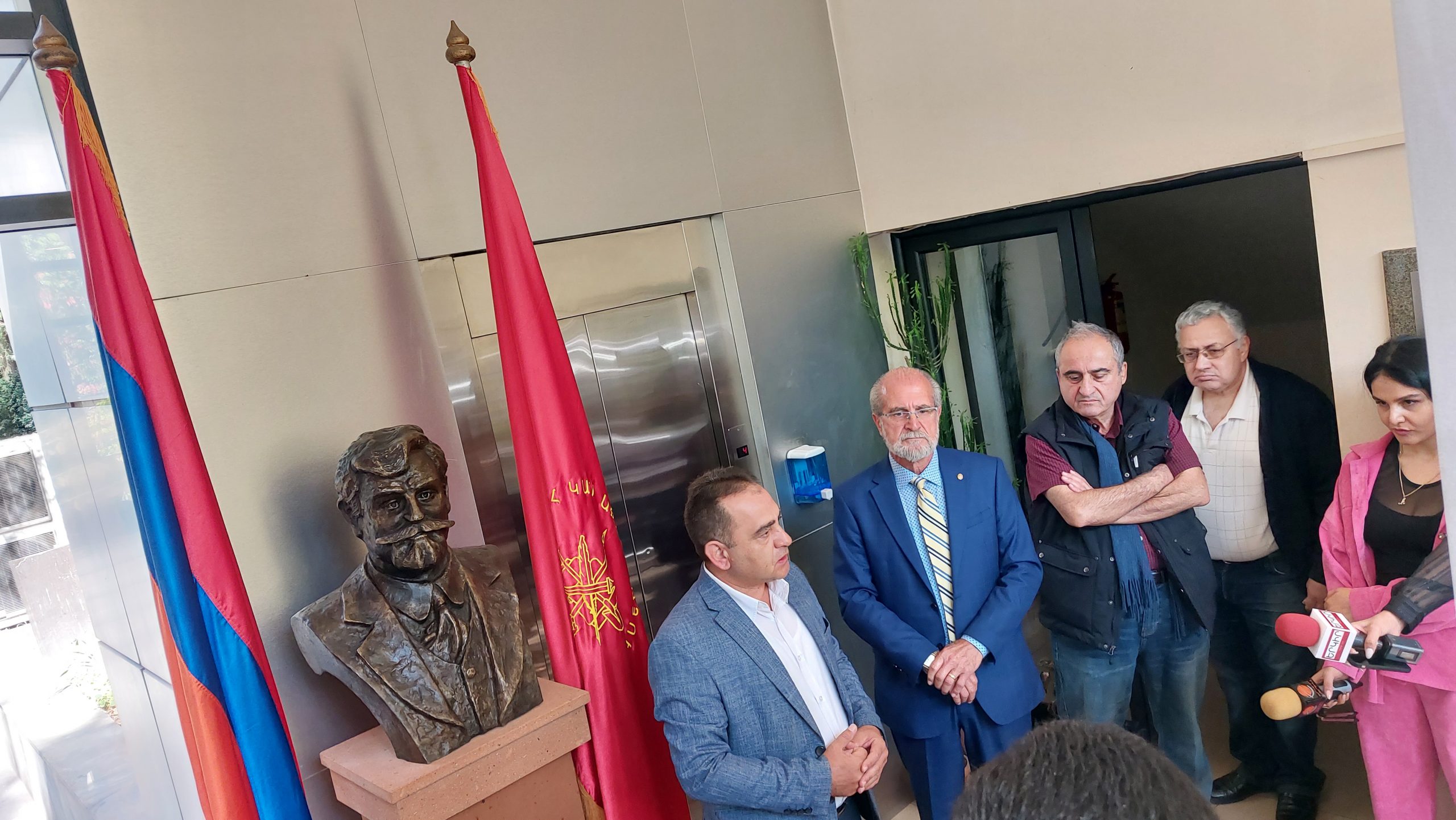