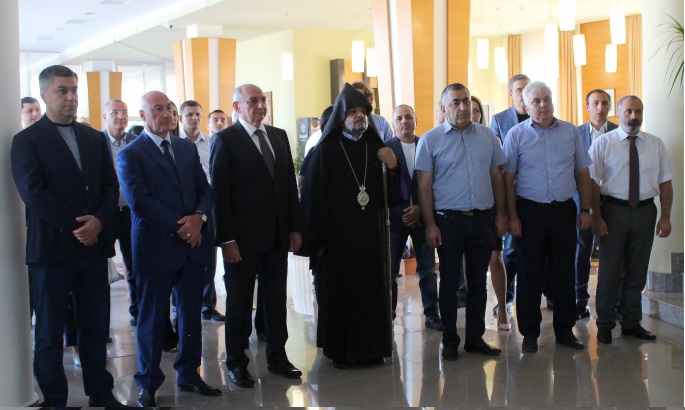 (Armradio)- On September 2, Minister of Foreign Affairs of the Republic of Artsakh David Babayan participated in the ceremonial opening of the ARF Hay Tad Office in Stepanakert.

Welcoming the opening of the Office in Stepanakert, the Foreign Minister highly appreciated the multi-year activity of the Hay Tad aimed at protecting the interests of the Republic of Artsakh, recognizing the Armenian Genocide, and resolving various issues of Pan-Armenian significance.

David Babayan touched upon the issues of foreign policy and current geopolitical developments, noting in this context the importance of preserving the status of Artsakh as a geopolitical subject and the process of its international recognition.

Among the pivotal preconditions for success the Minister noted the proper and coordinated work, consolidation of the Homeland-Diaspora relations, and preservation of Artsakh as one of the Pan-Armenian supreme values.