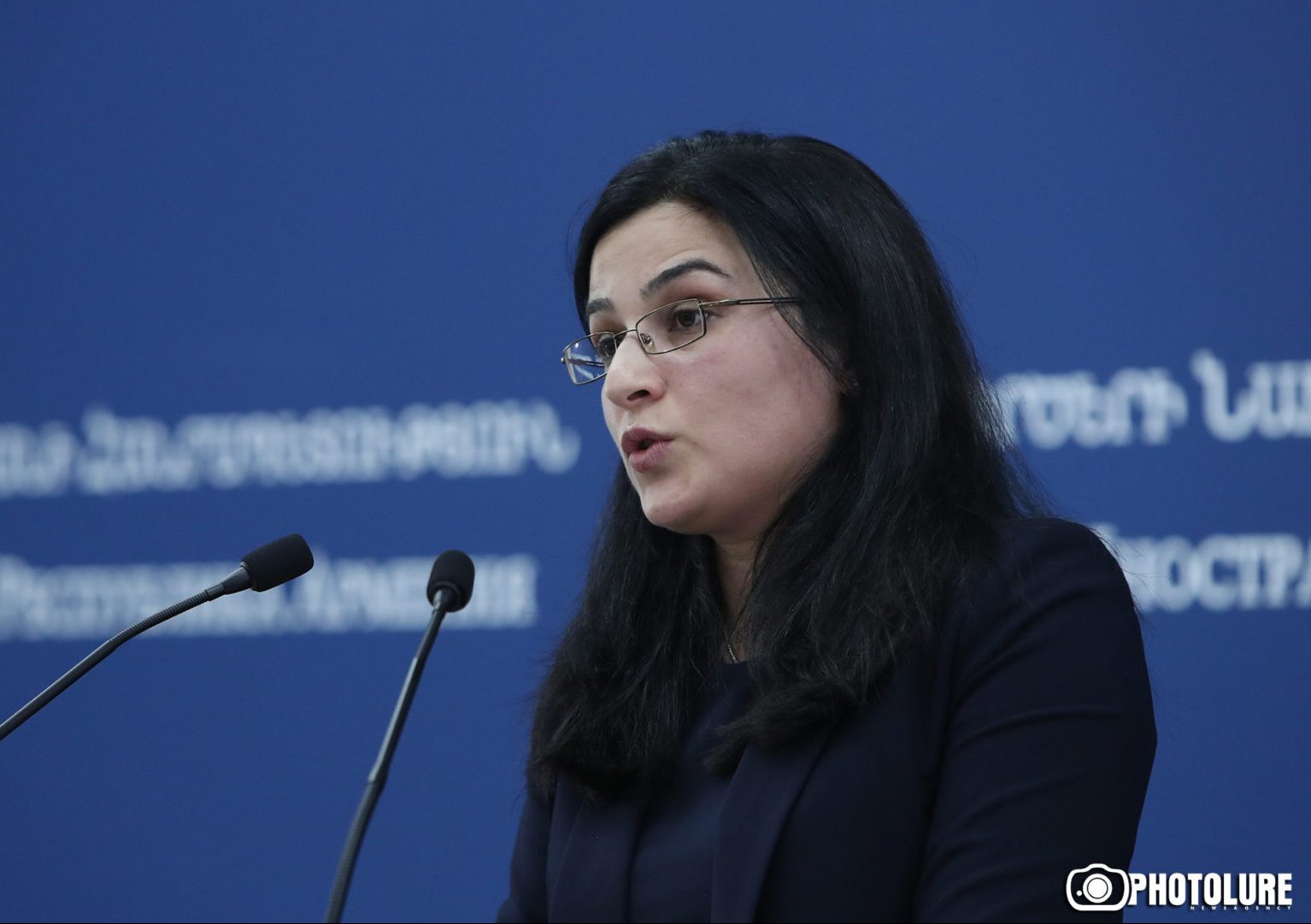 (Armradio)- Armenia has not reconsidered its assessment of Turkey’s destructive involvement in the region, Spokesperson for the Ministry of Foreign Affairs Anna Naghdalyan said in a statement.

“We highly appreciate the cooperation of the Ministry of Foreign Affairs with the offices and committees of the Armenian National Committee, which has always been aimed at advancing the pan-Armenian agenda,” Naghdalyan said.

She added that the concerns contained in the statement of the ARF Hay Dat Central Office are based on the comments made by Minister Aivazian during his question-and-answer session with the government in the National Assembly, which, she said, are made outside the general context, and in no way reflect Armenia’s assessment and approaches to Turkey’s involvement in the region.

“Armenia has not reconsidered its assessment of Turkey’s destructive involvement in the region, and those concerns were clearly stated in the question-and-answer session, in particular, regarding the conduct of joint Turkish-Azerbaijani military exercises near the Armenian border. At the same time, the Armenian Foreign Minister referred to Turkey’s policy of illegal blockade of Armenia, insisting that at present there is not even an excuse referring to the fact that Turkey has closed its border with Armenia for decades,” she added,

The Spokesperson emphasized that all the governments of the Republic of Armenia, as well as the leading organizations of the Diaspora, have always considered the blockade illegal, and have acted from the position of ending it.

“The position of the Republic of Armenia on this issue has not changed, neither has the determination to pursue the priorities of the foreign policy of the Republic of Armenia. We are convinced that Turkey’s direct involvement in the war unleashed by Azerbaijan against the people of Artsakh, the war crimes committed against the people of Artsakh and other mass crimes make the international recognition and condemnation of the Armenian Genocide more urgent in order to prevent the reoccurrence of such crimes in the future,” Naghdalyan stated.

She stressed that Armenia will continue its close cooperation with respected Diaspora Armenian organizations.

She further emphasized that the Foreign Minister has noted on various occasions that “we will consider Turkey’s actions, not statements,” and added that to date, these actions have not been constructive.

“In this regard, we would like to quote the position of the Foreign Minister, expressed during the same question-and-answer session, that “a favorable atmosphere should be created around Armenia, our diplomacy and our people, naturally, without breaking the red lines, protecting our state-national interests.”