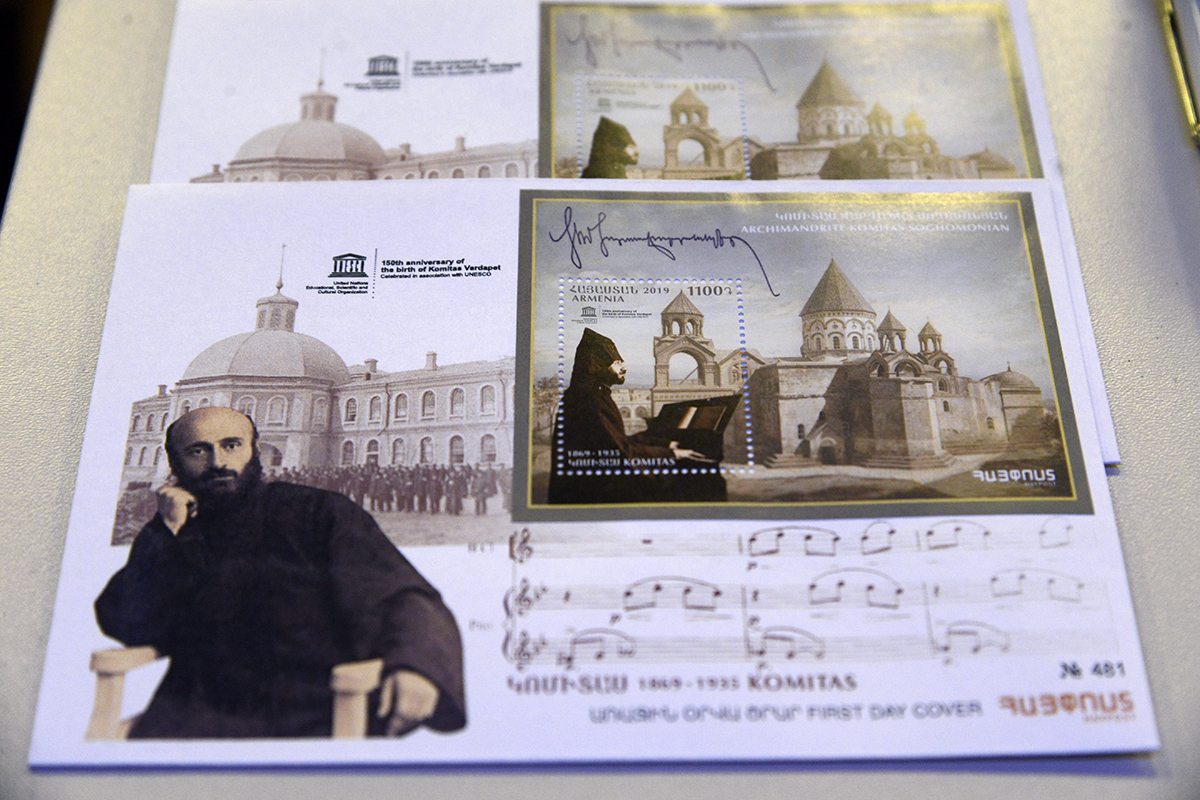 (Armradio),- A souvenir sheet with one stamp dedicated to the theme “Prominent Armenians. 150th anniversary of Komitas” has been canceled and put into circulation by “HayPost” CJSC in the premises of the Mother See of Holy Etchmiadzin.

The souvenir sheet with a nominal value of 1,100 AMD is printed in “Cartor” printing house in France with a print-run of 20 000 pcs. The author of the souvenir sheet’s design is designer Gevorg Poghosyan.

The postage stamp also depicts the logo of UNESCO as the 150th anniversary of Komitas was included in the 2018-2019 UNESCO calendar of renowned people and important events.

The souvenir sheet depicts the Holy Etchmiadzin Cathedral as well as the signature of Komitas.

The souvenir sheet was cancelled by the Minister of High-Technological Industry of the Republic of Armenia Hakob Arshakyan, the Minister of Education, Science, Culture and Sport Arayik Harityunyan, the Chief Executive Officer of “HayPost” CJSC Haik Avagyan, Bishop Anushavan Zhamkochyan, the President of the Union of Philatelists of the RA Hovik Musayelyan.