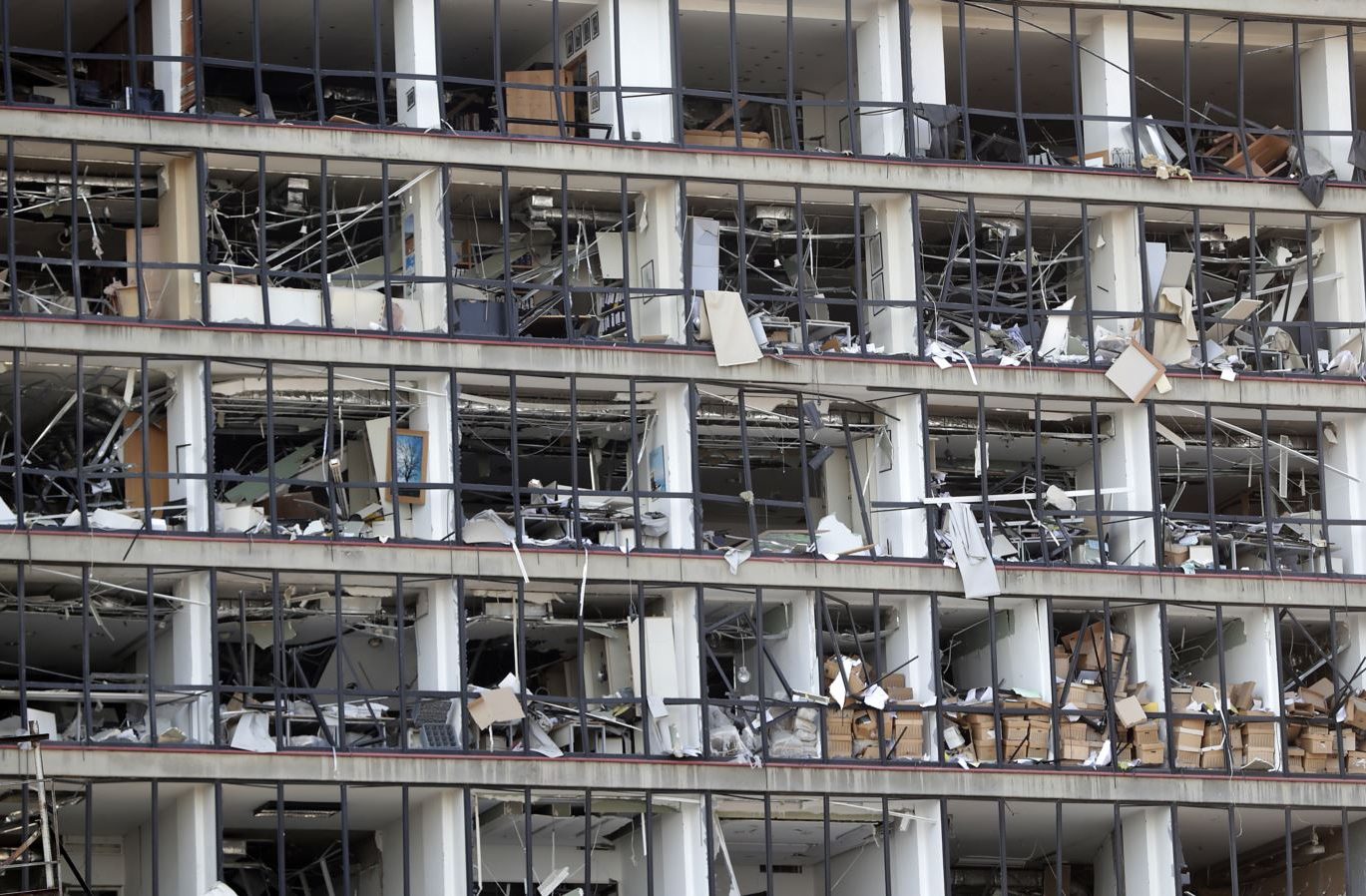 LEBANON — A damaged facade is seen following a blast at the port of Beirut, August 5, 2020.

“Azatutyun”- The Armenian government said on Thursday that it will send humanitarian assistance to Lebanon coping with devastating consequences of a massive explosion in Beirut which killed at least 135 people and injured thousands of others.

“I think that we will ascertain the quantity and type of the assistance and time frames by the end of the day,” Avinian told Prime Minister Nikol Pashinian and fellow cabinet members.

The government expressed readiness to provide the relief aid immediately after Tuesday’s explosion at Beirut port warehouses. Pashinian communicated the offer to Lebanese President Michel Aoun during a phone conversation on Wednesday.

The prime minister described Lebanon as “one of Armenia’s closest friends,” alluding to the existence of a sizable and influential Armenian community in the Middle Eastern state.

“Beirut was the capital of the Armenian Diaspora of the 20th century … At this difficult moment, we cannot stay indifferent to the needs of the brotherly people of Lebanon and the Armenian community of Beirut,” he said at the start of a weekly cabinet meeting in Yerevan.

It was also announced that Zareh Sinanyan, Armenia’s high commissioner of Diaspora affairs, will fly to Beirut on board the plane to be loaded with the aid. Sinanyan will meet with leaders of the Lebanese-Armenian community to discuss ways of helping its members gravely affected by the blast.

The blast reportedly left 11 ethnic Armenians dead and about 250 others injured. It also destroyed or severely damaged many homes in Beirut’s Armenian-populated neighborhoods.

Samvel Karapetian, a Russian-Armenian billionaire and philanthropist, pledged on Wednesday to give $10,000 to each of the families of the 11 Lebanese Armenian victims. Karapetian’s Moscow-based Tashir charity said it will also donate $200,000 to Beirut’s main Armenian church also damaged by the devastating blast wave.

Pashinian said that other individuals in Armenia and its worldwide Diaspora can also donate cash to the community through the Hayastan All-Armenian Fund Hayastan. The government-backed charity headquartered in Yerevan has opened special bank accounts for that purpose.