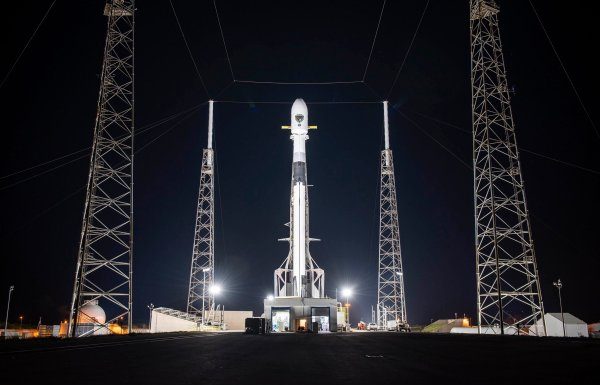 (TechCrunch )- SpaceX staff and members of the media have been inundated this morning with emails ostensibly from concerned Armenians around the world, asking the company to cancel a launch contract with the Turkish government.

In the form email, received by TechCrunch staff hundreds of times in duplicate and with minor variations, the senders explain that they represent or stand in solidarity with Armenians worldwide, an ethnic and national group that has suffered under the authoritarian rule and regional influence of Turkey’s President, Tayyip Erdogan.

SpaceX is slated to launch the Turkish satellite Turksat-5A in the next month or two, a geostationary communications satellite built by Airbus that will serve a large area of Europe, Asia, and the Middle East. The deal has been on the books for a long time, and SpaceX CEO and founder Elon Musk even traveled to Turkey to meet with Erdogan regarding the satellite in 2017.

“To enter into the complexities of the long conflict in which Armenia, Azerbaijan, Turkey, and nearby countries and powers have figured is beyond the scope of this article, but it is hardly controversial to say that there have been serious human rights abuses under Erdogan’s regime and others. The word “genocide” is frequently used,” Devin Coldewey writes.

As the email plea points out, many countries and governments have opted to condemn Turkey’s behavior, and some companies have stopped doing business with the government. Will SpaceX join them?

At this stage — a month before launch, when the payload is likely already locked in — it seems unlikely that SpaceX will return the millions of dollars Turkey has no doubt already paid it, in order to appear more ethical by de-platforming, as it were, the government there.

The person listed in the email as the originator of the campaign told TechCrunch that the emails were sent by individuals, not from a central location, which despite their duplicative content may account for their all making it to our inboxes.

“These are people who are coming together to make their unified voice heard,” she wrote. “We are not affiliated with any groups but our message is one shared by every Armenian American. I apologize for the inconvenience of you having to delete excessive emails but our people are being murdered on a daily basis and we need to bring attention to our cause.”

She suggested that as an American company, SpaceX should embody the country’s (supposed) values and refuse to do business with regimes like Erdogan’s. Furthermore, she noted that SpaceX receives a great deal of funding and business from the U.S. government, which amounts to a secondhand blessing of its deals as being in the public interest.