Armenian St. Sarkis Church In Diyarbakir On The Verge Of Destruction 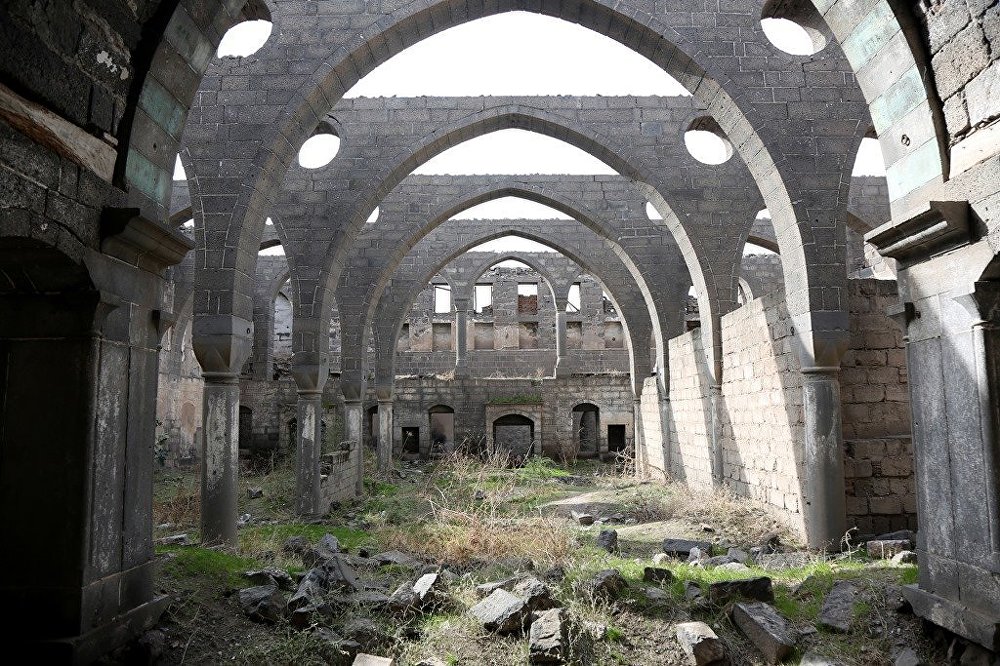 Ruins of the Armenian St. Sarkis Church in Diyarbakir

(Tigis Haber, Armradio)- The Armenian St. Sarkis Church in Diyarbakir’s Sur district is on the verge of destruction. A large part of the building targeted by treasure hunters has been destroyed, the remaining part is in danger of collapse.

According to the source, little is known about the church because of the scarcity of records and reliable information, but historians estimate that the church dates back to the 16th century.

After the church was confiscated during the Armenian Genocide of 1915, it has been used for different purposes such as paddy factory, barn and granary. The ruined church and school are often dug by treasure hunters.

While on the verge of destruction, the church still attracts many tourists from Turkey, Armenia and elsewhere.