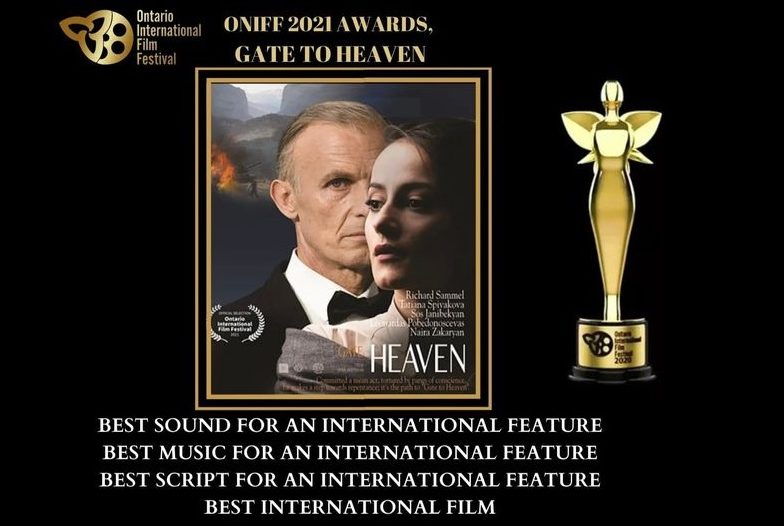 (Panorama)- Jivan Avetisyan’s “Gate to Heaven”, a film about the 2016 Artsakh war, has won four prestigious awards at the Ontario International Film Festival.

“Congratulations to the team behind “Gate to Heaven” for winning 4 of our prestigious awards, including best sound, music and script for an international film and best international film!” the festival said in a statement.

“We were honored to showcase this film at our festival this year,” it added.

“Gate to Heaven” centers around 50-year-old Robert Stenvall, a European journalist, who returns to Artsakh in 2016 to cover the war which has been reignited after a 22-year ceasefire. During his time in Artsakh, Stenvall meets Sophia Marti, 35, a young opera singer, who happens to be the daughter of missing photojournalist Edgar Martirosyan, whom Robert abandoned in captivity during the fall of the village of Talish in 1992. Robert and Sophia’s frequent rendezvouses ignite a passionate romance.

The film features Tatiana Spivakova, Sos Janibekyan and Naira Zakaryan in lead roles and its Armenian and Artsakh premiere took place in 2019.

“Gate to Heaven” is a co-production of Armenia, Lithuania, Finland and France.