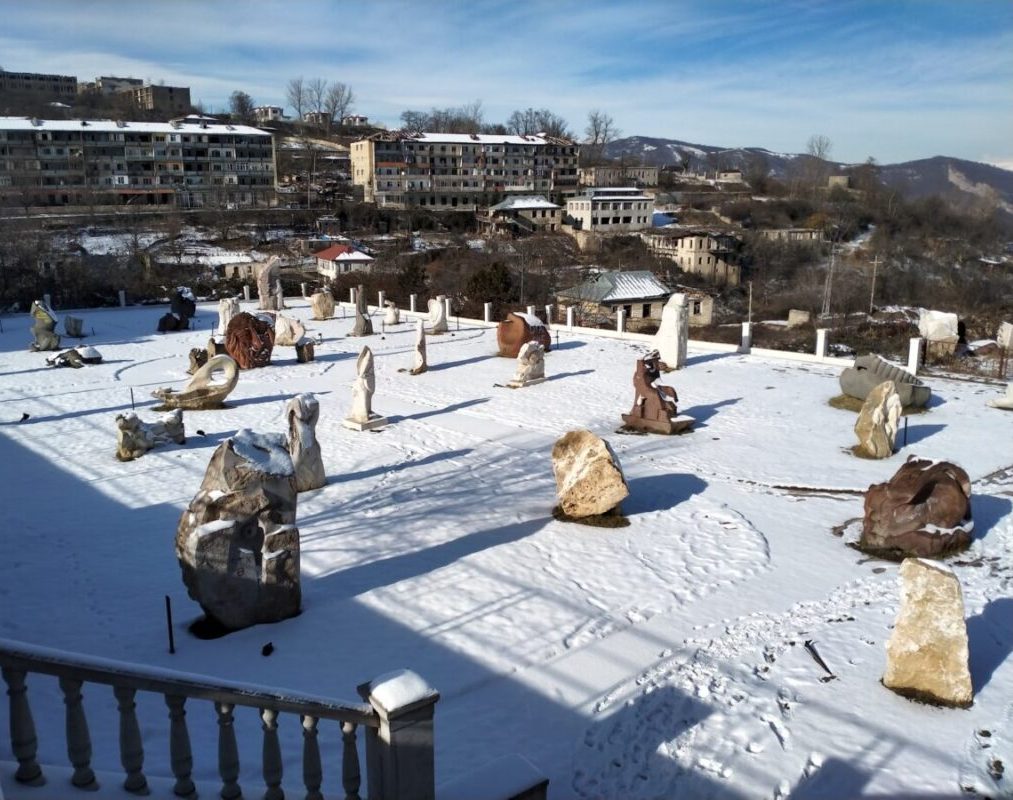 Satellite imagery shows that between April 10 and June 5, the 51 sculptures in the park of the Shushi Museum of Fine Arts were removed and the area completely cleared, the Caucasus Heritage Watch (CHW) reports.

CHW is concerned about the condition of these artworks, which are the property of that museum. It asks the Azerbaijani authorities to disclose the location of the confiscated sculptures and plans for public access. 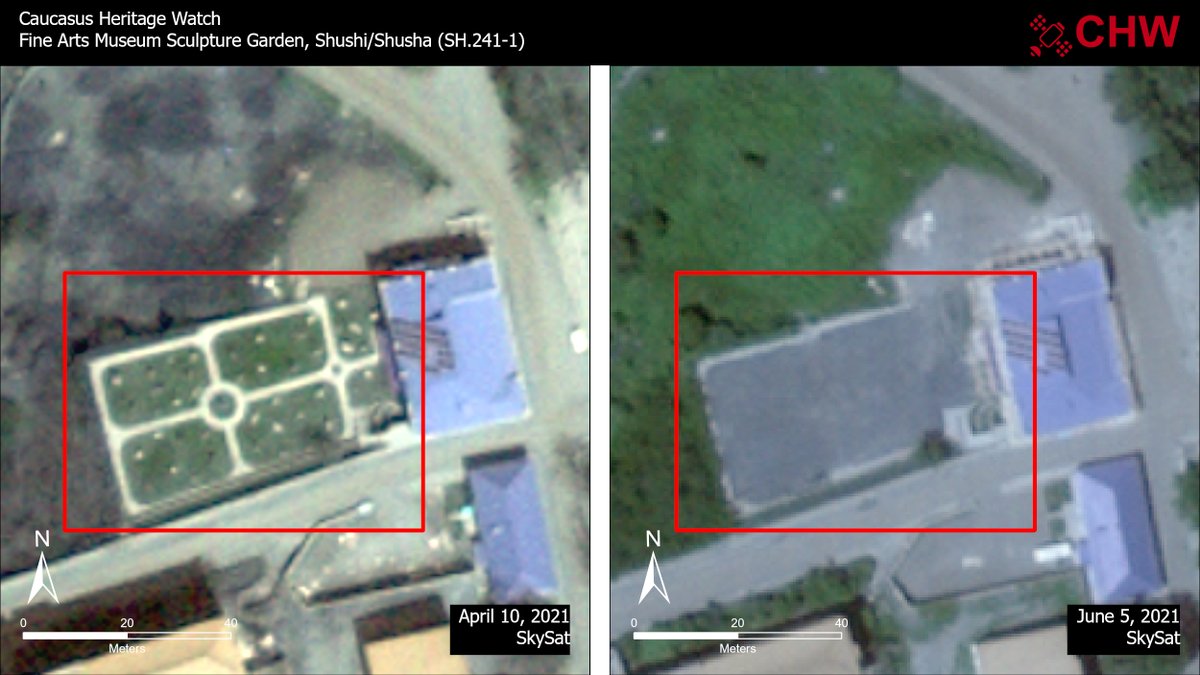 “Were curators and conservationists involved in their removal? Is the removal in line with Chapman Taylors’ new master plan for the city?” CHW asks.

The photo of the park was taken by journalist Emmanuel Grynszpan in December. He was the first foreign journalist allowed to visit the city after Azerbaijan captured it.