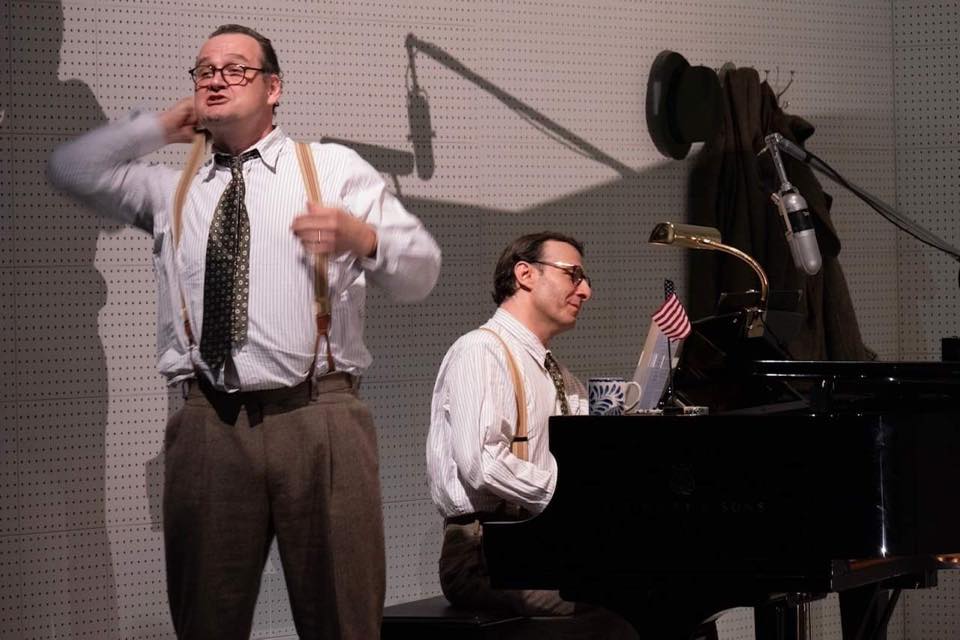 Pianist Serouj Kradjian and baritone Russell Braun on the set of Hell’s Fury, The Hollywood Songbook (Photos by Trevor Haldenby).

The production is about Hanns Eisler, one of Europe’s most gifted mid-century composers. A Jewish Marxist Eisler fled Nazi Germany in 1933, eventually settling in Hollywood where he would go on to be nominated for two Academy Awards for his film compositions.

Hell’s Fury portrays a day in the life of Eisler, from his arrival in Hollywood to his death in East Germany using the songs of Hollywood Songbook to weave the story together.

The set is designed by award winning theater and opera designer Michael Levine. The show premiered at Toronto’s Luminato Festival on June 19th and runs till 21st.

Author Viken Berberian To Present His New Book In Toronto