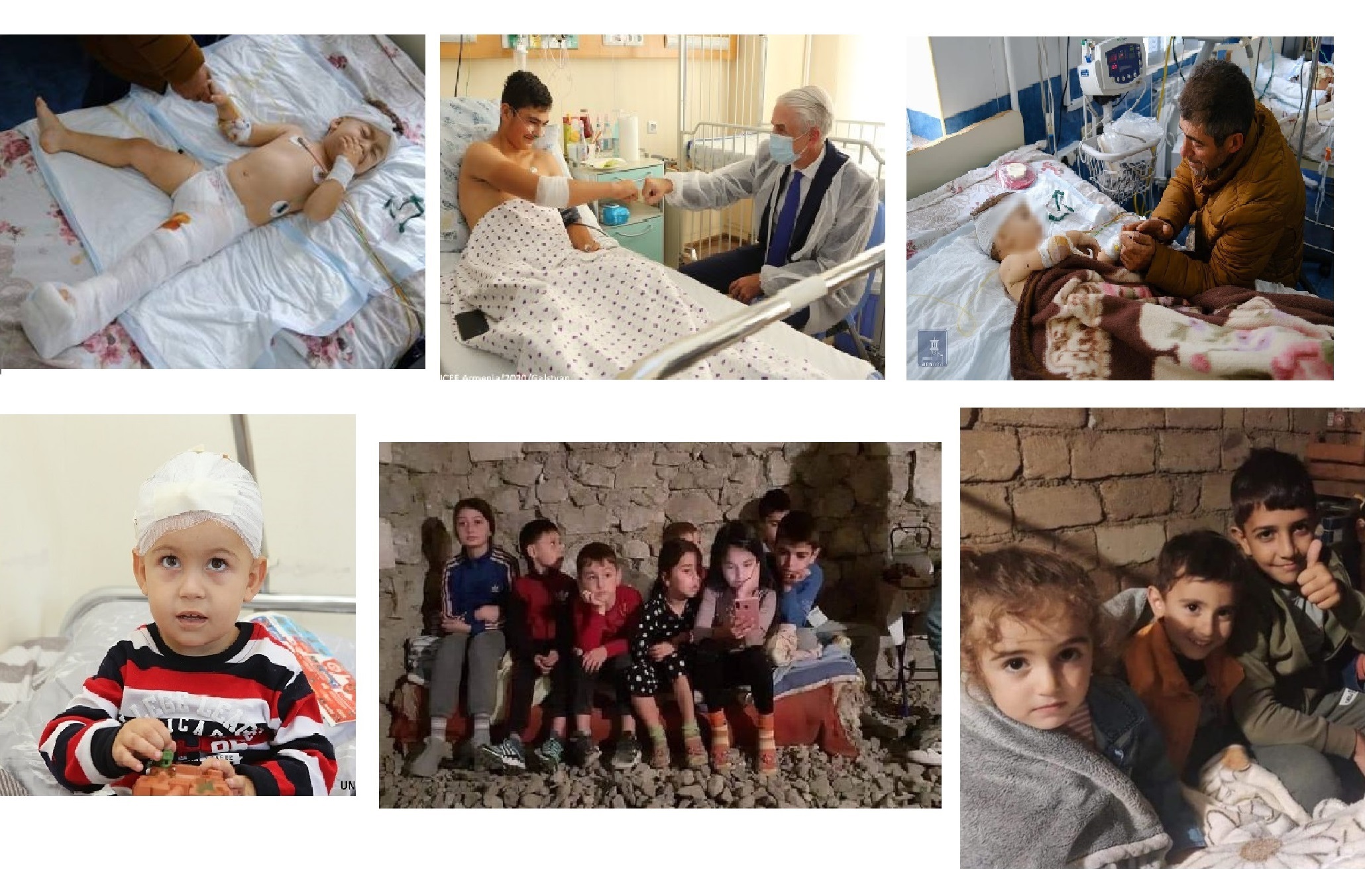 Children in Artsakh bear the brunt of the Azerbaijani-Turkish aggression

(Armenpress)- The Artistic Director and Principal Conductor of the Armenian State Symphony Orchestra, Sergey Smbatyan, has joined Armenian Goodwill Ambassadors of UNICEF of different years in their call addressed to the UNICEF executive director Henrietta Fore. They are calling on the leadership of UNICEF, UN sister agencies and other Goodwill Ambassadors to break the silence in these days of Azerbaijan’s large-scale military aggression and take bold steps to save the lives of people who have become victims of merciless bloodshed.

Sergey Smbatyan’s collaboration with UNICEF has a history of many years since Maestro established the UNICEF Children’s Chamber Orchestra in 2009 and had performances in Armenia and Europe.

“As evidenced by ad-hoc reports of the Human Rights Defender of Armenia and Ombudsman of Artsakh, massive airborne and land attacks have been targeting civilians, hospitals, emergency centers, schools, churches, and other vital infrastructures, with extensive use of military aviation, weaponry banned by all international conventions, such as cluster warhead missiles and other terror inspiring means. Indiscriminate and intentional strikes against the peaceful population and civilian infrastructures have resulted in widespread destruction, numerous casualties, and severe injuries, including children and women. Today Artsakh is facing a humanitarian catastrophe.

Children fall victim to violent bloodshed, they are subjected to psychological trauma and sufferings and are in dire need for help regardless of what nation they belong to and irrespective of the area they live in, with an unwavering determination of leaving no one behind. Now the children of Artsakh are under existential threat, but as all children in the rest of the world, they have the right to live and the right to be protected. All of them – 15-year-old Robert who is in coma, 2-year-old Artsvik who is still struggling between life and death, Artsvik’s 9-year-old sister, who was killed, and many others….

As UNICEF Goodwill Ambassadors, we are calling upon the leadership of UNICEF, UN sister agencies, and our fellow Goodwill Ambassadors to speak up, extend a helping hand, and act now to prevent further bloodshed. Expressing concern and calls to peace have not rendered due results. Extend humanitarian assistance to people living in Artsakh, in accordance with Article 2 of the Universal Declaration of Human Rights. Make sure that the principle of the universality of human rights and your pledge to leave no one behind is implemented unconditionally for everyone and everywhere.

Let’s not allow our silence to stifle the cries of babies and their unarmed caretakers!

Let ourselves not fail to act as true caretakers of compassion, justice, and peace!

Bold action is needed at this very critical moment to save human lives. We wish to remain proud members of a UNICEF family that notices the obvious, condemns the immoral and cares for the vulnerable and aggrieved”, reads the message.

MPP Babikian's Letter to the Prime Minister of Canada