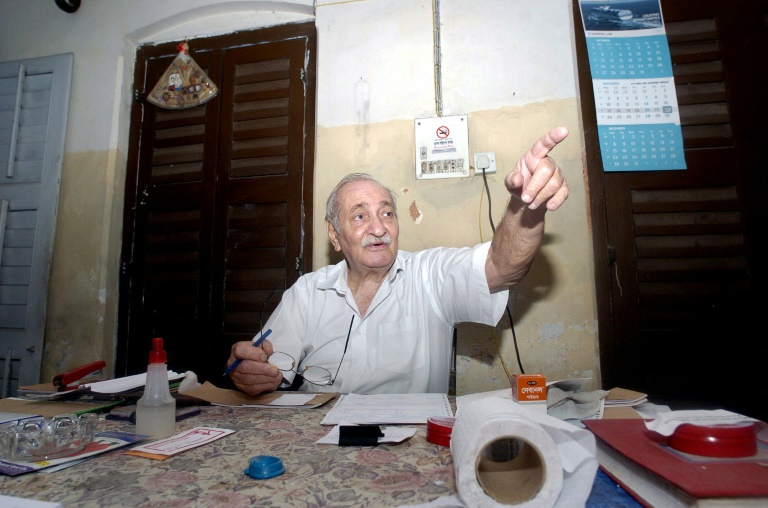 Michael Joseph Martin (pictured in December 2008), the last member of Dhaka’s once-thriving Armenian community, has died at the age of 89

Martin spent decades as custodian of the Armenian Church of the Holy Resurrection which was founded in 1781 in what was once the heart of the Armenian community in Dhaka.

Armen Arslanian, the church’s warden who is based abroad, said Martin “was instrumental in maintaining the survival of the Armenian Church in Dhaka.

“Without the many personal sacrifices and complete devotion to the church, the premises and the history of the Armenians in Dhaka would not have survived today,” he added as he announced Martin had died on April 11.

The Bangladeshi capital was once home to hundreds of Armenians who first arrived in the 16th century and became major traders, lawyers and public officials in the city.

Martin came to Dhaka in 1942 following in the footsteps of his father who had settled in the region decades earlier. He was originally a trader.

Martin — whose Armenian name was Mikel Housep Martirossian — went on to look after the church and its graveyard where 400 people are buried, including his wife who died in 2006.

When their children left the country, Martin became the sole remaining Armenian in Dhaka and lived alone in a mansion on the church grounds.

In his last years, Martin worried about who would take over as the church caretaker after his death.