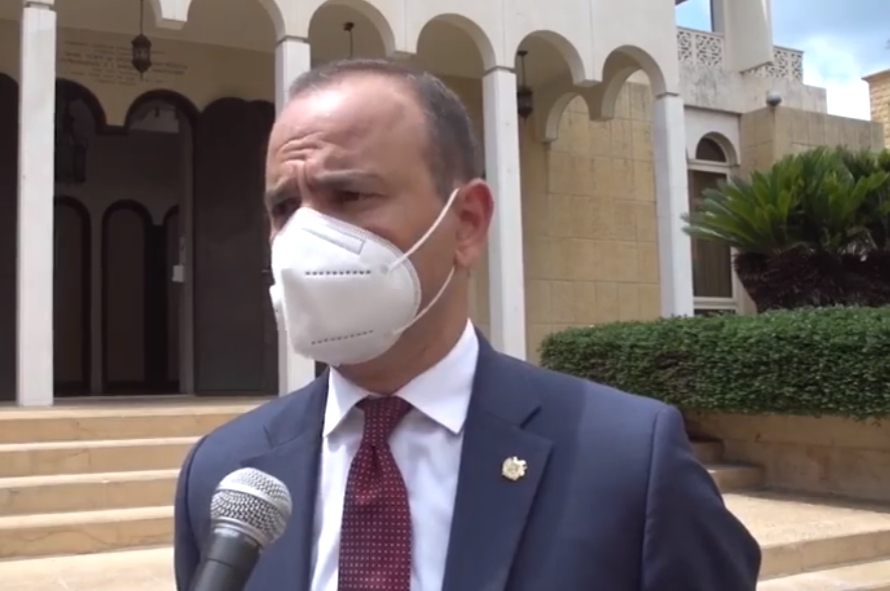 High Commissioner Zareh Sinanyan during an interview with Radio Liberty in Beirut, August 12, 2020.

“Armradio”- Armenia’s doors are open to Lebanese Armenians willing to return to homeland, High Commissioner Zareh Sinanyan said in an interview with Radio Liberty in Beirut.

“We are grateful to Lebanon for the humane treatment of the Armenian people after the Genocide. We are ready to help our compatriots no matter what decision they make,” Snanyan sad.

“We will help those who want to remain and will tell those who wish to come to Armenia that the homeland is waiting for all Armenians with open doors,” the High Commissioner stated.

He said about 300 Lebanese Armenians had already returned to Armenia for permanent residence before the blast. Thirty-seven returned on the plane that delivered humanitarian aid.

Armenia has sent two planes with 12 tons of humanitarian aid each to Beirut, after the city was left devastated as a result of a massive blast on August 4. A third flight is expected this week.

High Commissioner for Diaspora Affairs Zareh Sinanyan has left for Beirut to assess the needs on the ground.

In Beirut, Sinanyan also met with representatives of Armenian media outlets. He discussed with the journalists a wide range of issues, including strengthening Armenia-Diaspora relations, enhancing inter-community ties, activating communication networks, the aftermath of the explosion in the port of Beirut, and prioritizing targeted areas of support for the Lebanese-Armenian community.

100 Years On, The Treaty of Sèvres Remains An Important Document For Just Solution To The Armenian Cause – President