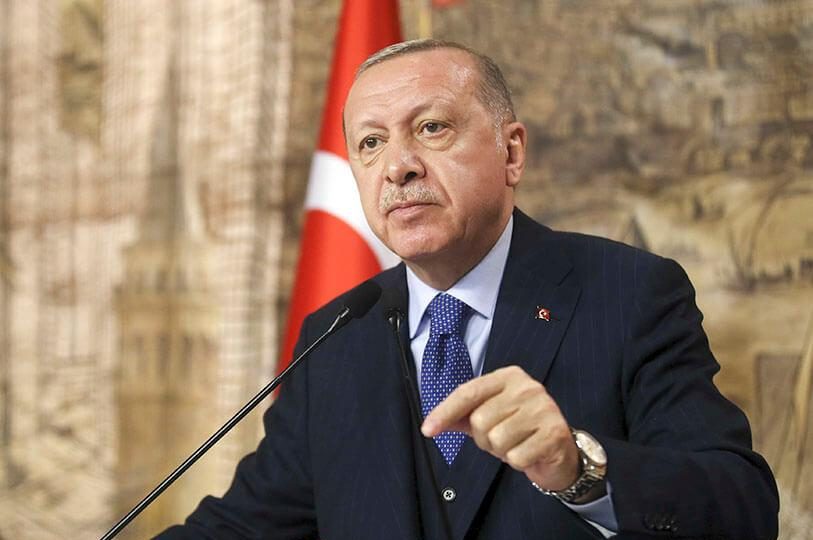 Turkish President Tayyip Erdogan said on Saturday he had ordered the foreign ministry to declare 10 ambassadors from Western countries ‘persona non grata’ for calling for the release of philanthropist Osman Kavala, Reuters reports.

Expelling the 10 ambassadors, seven of whom represent governments from Turkey’s NATO allies, would mark the deepest diplomatic rift with the West during Erdogan’s 19 years in power.

Kavala has been in prison for four years, charged with financing nationwide protests in 2013 and with involvement in a failed coup in 2016. He has remained in detention while his trial continues, and denies the charges.

In a joint statement on Oct. 18, the ambassadors of Canada, Denmark, France, Germany, the Netherlands, Norway, Sweden, Finland, New Zealand and the United States called for a just and speedy resolution to Kavala’s case, and for his “urgent release”. They were summoned by the foreign ministry, which called the statement irresponsible.

“I gave the necessary order to our foreign minister and said what must be done: These 10 ambassadors must be declared persona non grata at once. You will sort it out immediately,” Erdogan said in a speech, using a term meaning that a diplomat is no longer welcome in the country.