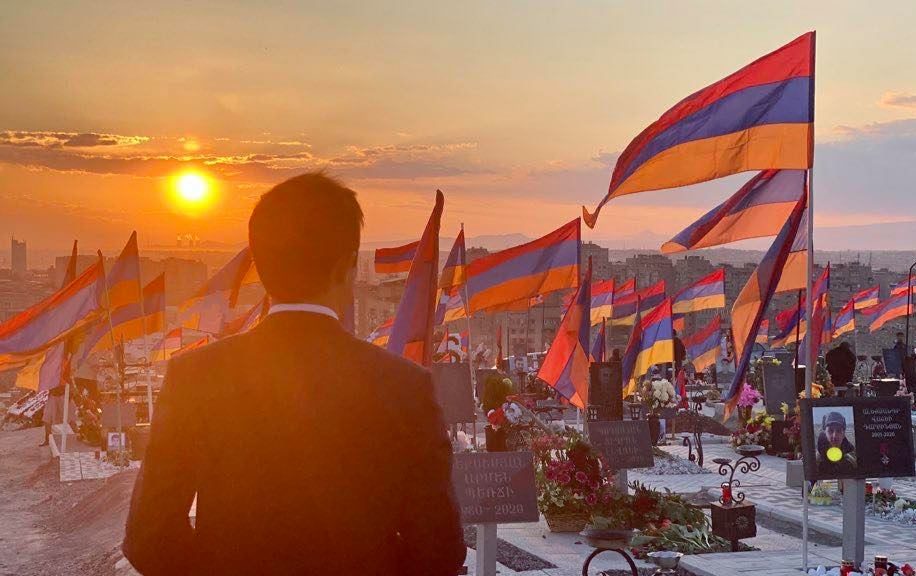 (Armradio)- All of Europe should open its eyes, and finally come out of the silence, Member of the European Parliament François-Xavier Bellamy said after a visit to Yerablur Ministry Pantheon in Yerevan.

“Yerablur military cemetery. Under each of these thousands of flags, a soldier who died last year defending Armenia in the face of aggression. Most of them were barely twenty years old. All of Europe should open its eyes, and finally come out of the silence,” the French lawmaker captioned photos on Facebook.

He also cited a poem by French poet Louis Aragon, which reads:

“Goodbye pain and pleasure, goodbye roses
Goodbye life, goodbye light and wind
Get married be happy and think of me often
You who will remain in the beauty of things
When it will all be over later in Erivan.”