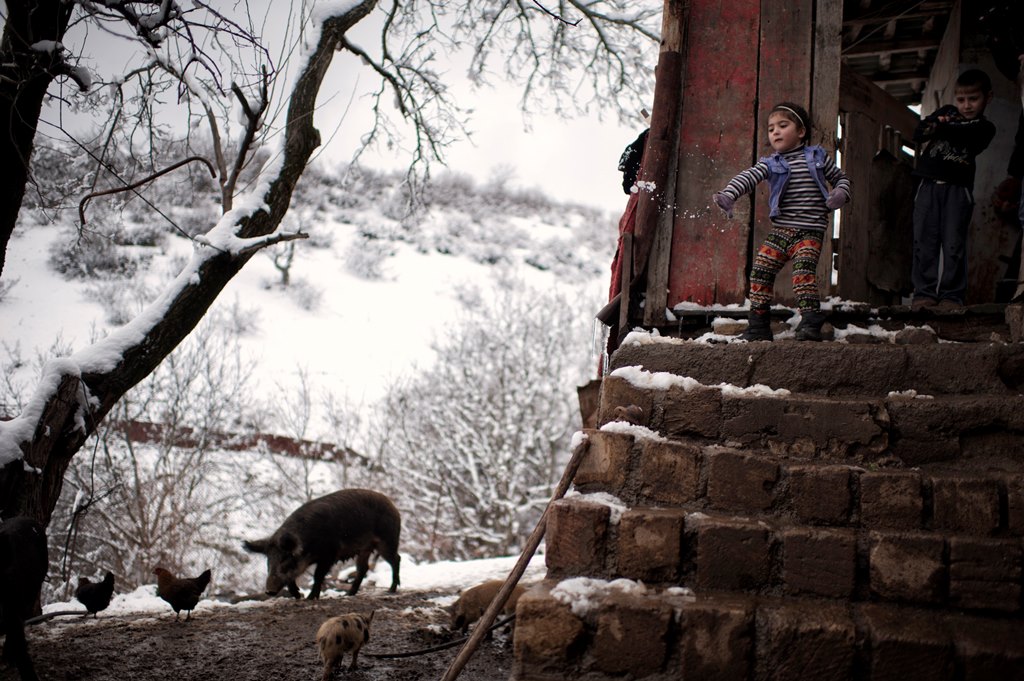 The HALO Trust, the world’s largest mine clearance nonprofit, aims to raise $49,000 through crowdfunding, which will be matched by an anonymous donor, to clear an 8.6-acre minefield in Harar village of the Lachin region and ensure the safety of the Khachatryan family and 200 others who live nearby.

The anti-personnel mines surrounding their home were laid by Armenian and Azeri forces along the hillsides near Harar in 1992. The minefields created a “mine-belt” along defensive positions. Since the end of the war, three civilian casualties have been reported in the village, including the death of one teenager, and dozens of livestock accidents.

Alla Khachatryan is a widow and the matriarch of the Khachatryan family, which has been living in the village for 20 years. Alla lives with her sons Harair and Hamlet, the latter’s wife Anni, and her two young grandchildren. The family has already lost their horse, four pigs, and four cows to mines. They live in constant fear that the next casualty will be a member of the family

Alla’s elder son Hamlet works for the government as warden of the forests near the village, and younger son Harair helps his brother herd the family’s livestock. The brothers’ jobs are particularly dangerous, because they responsible for the safety of not only for their own herd but also their fellow villagers, and so have to regularly walk near the minefield to check for mine accidents.

“There is always a fear of dying with every step I take, but my mind has become accustomed to it,” Hamlet said.

He is most worried when his younger brother accompanies him to help. Alla admits that if her sons are killed or injured, the emotional toll on their family be unfathomable, but the loss of two able-bodied males would also mean the family would be unable to take care of their herd and thus sink into dire poverty, a prospect she considers grim for her two young grandchildren.

Mine clearance will protect their lives and benefit 200 Armenians living in Harar and the neighboring villages of Khachgetik and Aghavnatun. They will use the safe land for firewood collection and cattle grazing.

The crowdfunding appeal is part of a larger campaign—safe steps for the people of Karabagh—to clear all the minefields in Karabagh with an impact on civilians by 2020. The anonymous donor has pledged half of the money required—if The HALO Trust can raise matching funds. Hamlet Khachatarian and his family

US Government funding has been secured for landmine clearance in Karabagh. However, U.S. Government funds are restricted to certain parts of Karabagh. HALO cannot use the funds in Lachin or parts of Hadrut and Martakert, and it is in those areas that the majority of remaining minefields lie and require private support.

There have been 370 civilian casualties from mines and unexploded ordnance in Artsakh since the end of the conflict in 1994. The HALO Trust has worked in Karabagh since 2000. Its staff of locally recruited men and women have cleared—located and destroyed—over 11,400 landmines and over 61,200 cluster munitions and other items of unexploded ordnance.

To learn more about campaign or donate to the project, visit www.halotrust.org/MineFreeNK.