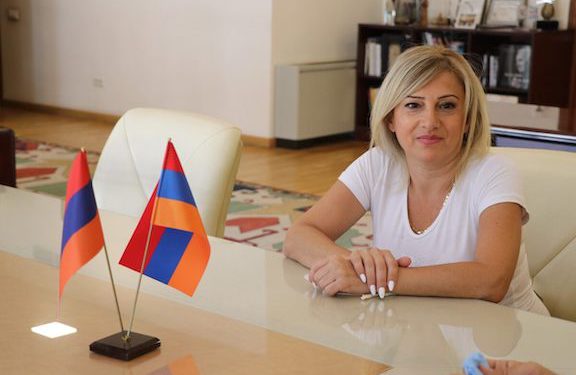 Maral Najarian, who was held captive by Azerbaijan, has repatriated to Armenia.

(Asbarez)- Lebanese-Armenian Maral Najarian, who was held captive by Azerbaijan for almost four months, has repatriated to Armenia, the office of Armenia’s High Commissioner for Diaspora Affairs reported on Thursday.

Najarian met with the Diaspora Commissioner Zareh Sinanyan and the head of the repatriation office Hovhannes Aleksanyan on Wednesday.

During the conversation, Najarian detailed her experience in an Azerbaijani prison, her release and current health condition. Reference was made to how the Office can help Najarian to secure employment in Armenia.

“Maral’s experience and her unwavering patriotism make her an exemplary figure for the global Armenian community,” the Diaspora Commissioner’s office said.