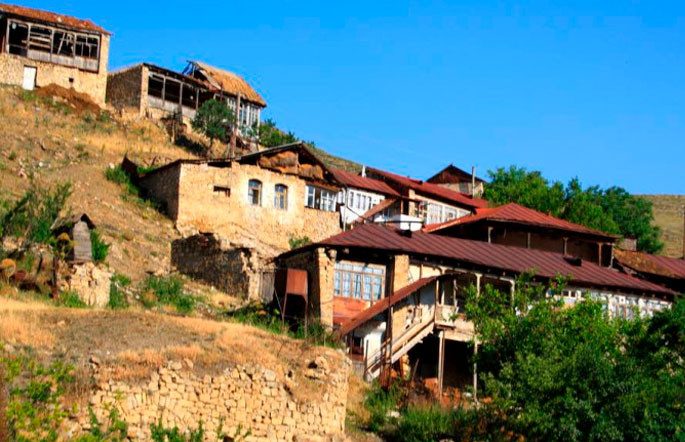 “Hin Tagher village of Artsakh’s Hadrut region has been eventually ceded to Azerbaijan. I am not sure by decision of what leader this happended,” the head of the community Eduard Ayvazyan has told Tert.am news outlet.

“During the war the village was cleansed of Armenians, and the settlement was protected by the mobilization forces till the end. They were told that Russian peacekeepers were expected  to arrive in the area and deploy an observation post. No one came by Saturday, then the news about Azerbaijani attack on the village followed. It was reported that the Russian forces headed for the area to be stationed yet they were shown a document that the area was ceded to Azerbaijan. No Russian forces are there, and the village itself remains under Azerbaijani control,” Ayvazyan has told the news outlet.

To remind, Armenia’s Defense Ministry earlier reported that the units of the Azerbaijani armed forces, which had accommodated additional troops and military equipment, including heavy artillery, grossly violated the provisions of the November 9 trilateral statement and initiated an attack in the direction of His Tagher and Khtsaberd villages of Hadrut region of the Artsakh Republic.

As a result of the hours-long fighting, the adversary managed to enter His Tagher village and approach the outskirts of Khtsaberd. Later, the commander of the Russian peacekeeping contingent in Nagorno-Karabakh Lieutenant General Rustam Muradov stated that the Russian peacekeepers suppressed a ceasefire violation in Nagorno-Karabakh, and the situation in the region normalized.

“Our task is to bring the situation into conformity with the November 9 statement’s provisions, which clearly state that from the moment the statement is adopted, the troops shall remain in their positions along the line of contact. The point is that the Khtsaberd – Hin Tagher section is located within the administrative boundaries of the former Nagorno-Karabakh Autonomous Region, and therefore, it should be controlled by the Armenian forces just as it used to be before the adoption of the November 9 statement.”