Love Is Universal: A Message of Love in Armenian from Dior 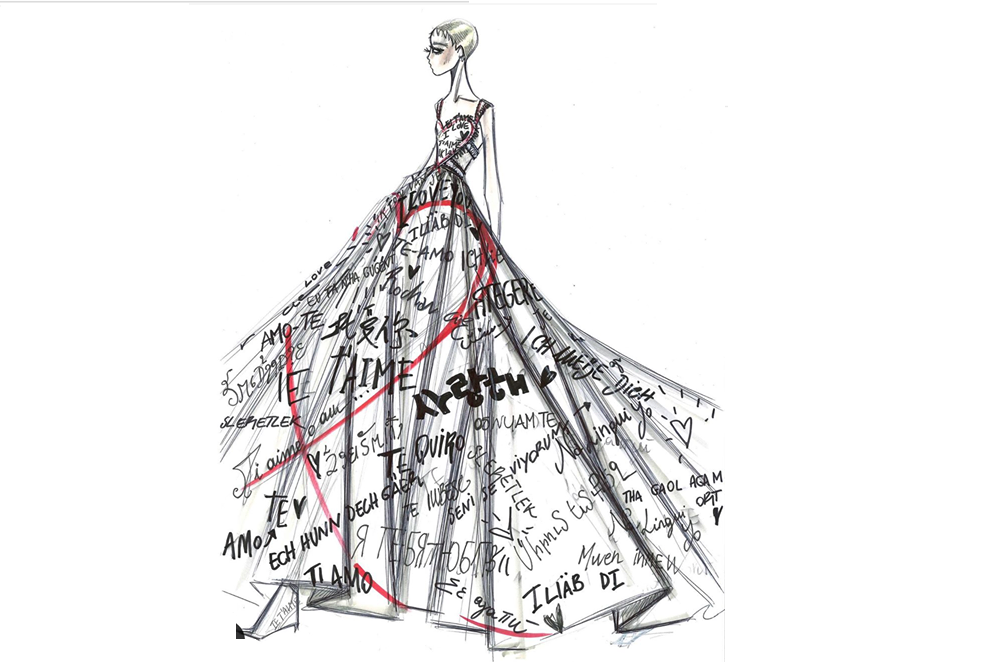 Vogue Italia has reacted to the coronavirus pandemic with a special issue, featuring totally white cover, for the first time in the history of the magazine, a.

“White is, first and foremost, respect. White is rebirth, light after the darkness, the sum of all the colors. White is the uniforms of those who have saved lives while risking their own. It’s time and space for thinking. And for staying silent too. White is for people who are filling this time and space with ideas, thoughts, stories, verses, music and kindness to others,” said Vogue Italia editor in chief Emanuele Farneti.

“It’s a reminder that after the crisis in 1929, clothes turned white, a color chosen to express purity in the present and hope for the future. And above all, white is not surrender; it’s a blank page to be filled, the frontispiece of a new story about to begin,” he added.

The sketch designed by Dior’s Maria Grazia Chiuri features a woman in a dress covered with “I love you” messages in different languages, including Armenian.

“Love is universal, like all the languages spoken in the Dior studio. Never more than now it is necessary to remember that we all belong to the same world,” said Maria Grazia Chiuri, Creative Director of Dior.