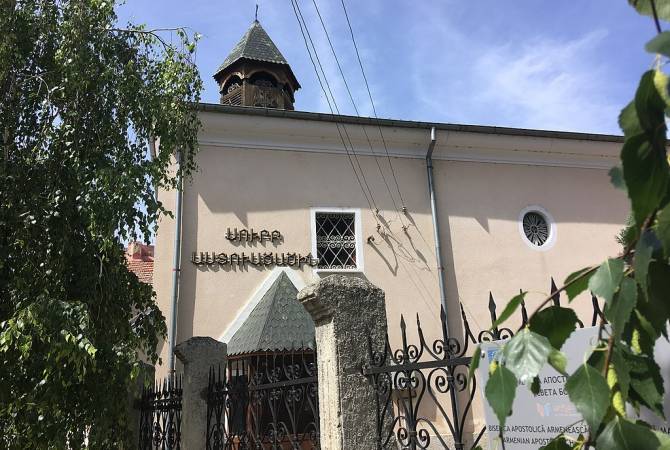 Armenian Church of the Holy Virgin in Silistra

(Bulgarian News Agency)– The Armenian Church of the Holy Virgin in Silistra marked Sunday its 400th anniversary. It is believed to be the older Armenian church in Bulgaria.

Repair works at the church years ago led to the discovery of a stone plate with the year of the church’s construction.

The church’s dome is unique with its frescoes which, according to researchers, are a rare feature for Armenian churches. Another untypical feature are the openings in the upper part of the southern and northern sides of the central space inside the building, which serve to improve acoustics.

The walls are covered in religious oil paintings – not in frescos – many of which created by Silistra-based painter Bedig Bedrosyan.

The church is located inside a courtyard of some 1,800 sq m which also has a small house for the priest, a building that used to house the Armenian school and is now a community centre, and a memorial to the victims of the Armenian Genocide designed by Diran Apelyan.

The church has a valuable collection of items, including church plates, priestly garments, and bibles.

Armenians are among the older residents of Silistra. According to historical evidence, a person of Armenian-Georgian origin governed Silistra (then Dorostol) in the 11th century.