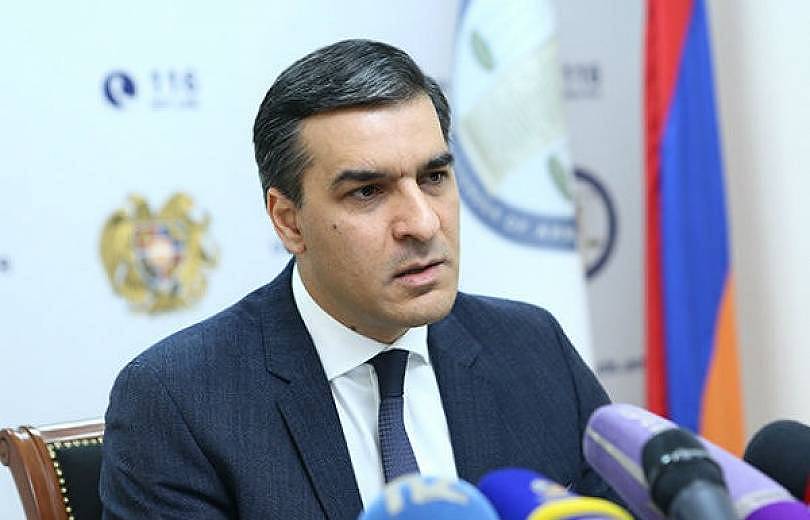 Panarmenian – The Government must publish the draft document on the demarcation of Armenia’s borders, which was leaked online and was later confirmed to be authentic at a Cabinet meeting, Human Rights Defender Arman Tatoyan said on Thursday, May 20.

Acting Prime Minister Nikol Pashinyan confirmed earlier on Thursday that the Armenian government is indeed negotiating a new document with Azerbaijan and Russia. The redacted paper was first published by Armenia’s former ambassador to the Vatican Mikayel Minasyan, who said Pashinyan was going to sign the new agreement that would damage the interests of the country. Pashinyan maintained, however, that “those “solutions are 100% in line with the interests of the Republic of Armenia.”

Tatoyan believes that at least those provisions that give an idea of ​​what it’s all really about should be published.

“The demarcation with Azerbaijan directly concerns the vital rights of all of us, every person living in Armenia, the entire Armenian people, their lives and existence, national and personal dignity, peace of mind and physical security,” Tatoyan wrote in a statement.

“Border demarcation itself is a guarantee of human rights, but a wrong implementation of such work can lead to new human rights violations and tension. The publication of the document is in the interests of the country. By publishing it, the state will prevent the outflow of information of such exclusive importance from unofficial sources, and will not allow for an irreversible loss of public trust in state bodies.”

The Ombudsman said the information vacuum created by the government in recent days will be filled with information from unofficial sources, confusing even honest people, while certain officials will again publish “irresponsible posts”, often flooded with insulting words start, accusing people in imaginary “media terror”.