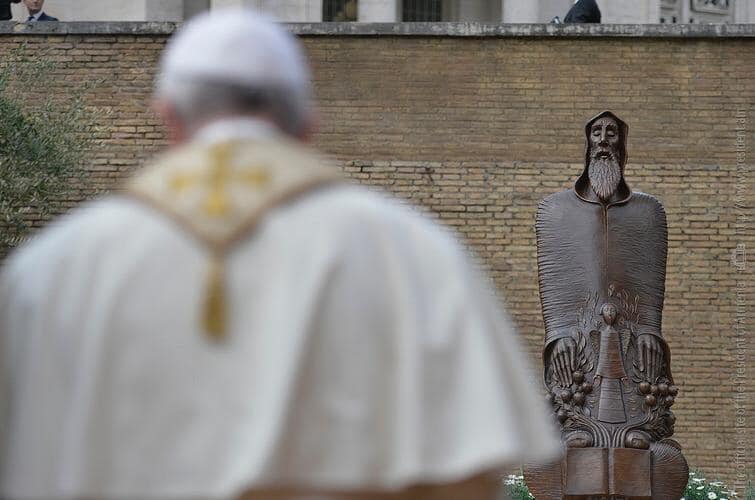 (Armradio)- By the decree of Pope Francis, February 27 will be celebrated in the Roman calendar as the day of remembrance of St. Gregory of Narek (Grigor Narekatsi), Archimandrite of the Ecumenical Church, the Armenian Embassy to the Holy See reports.

On February 23, 2015 the Pope awarded the title of “Archimandrite of the Ecumenical Church” to the medieval Armenian clergyman, theologian, poet St. Gregory of Narek

Pope Francis thus confirmed the decision of the Congregation for the Saints of the Holy See, according to which Gregory of Narek deserved the highest ecclesiastical award.