President Armen Sarkissian Demands The Resignation Of The Government, Calls For Snap Elections 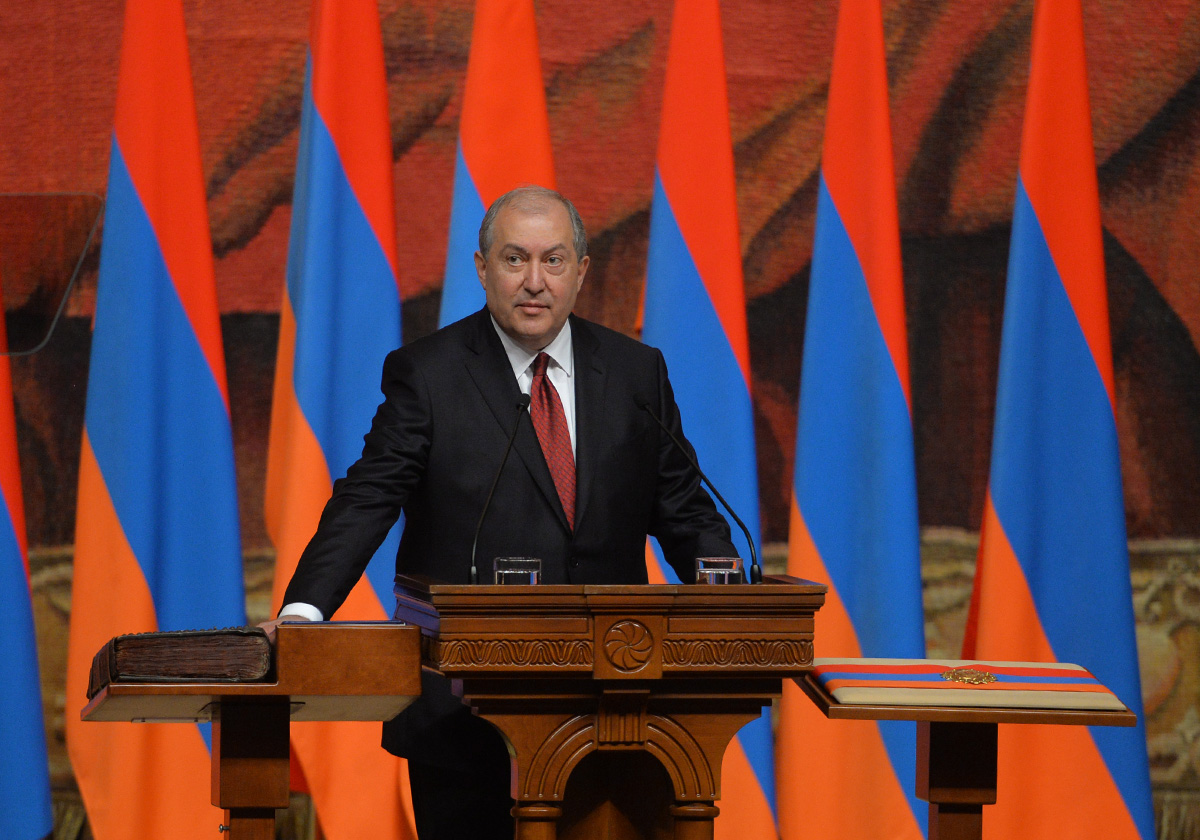 Today, the President of the Republic of Armenia, Armen Sarkissian, in a video message addressed to the Armenian nation demanded the resignation of the ruling government and called for snap parliamentary elections. Below is President Sarkissian’s message:

“Dear compatriots in Armenia, Artsakh and the Diaspora,

Armenians all over the world are currently living one of the most turning points in the millennial history of our nation.

The goals we were striving for nationally after the long-awaited independence of the motherland have been shaken.

We lost the war that was imposed on us, both on the battlefield and in the diplomatic and international public arenas.

I once again offer my condolences to the families and relatives of the victims and wish the injured a speedy recovery.

We are the children of a people who survived the Genocide and overcame it.

The battle can be lost, but it is inadmissible to lose as a nation.

The house burned down with our own hands, the lost homeland can be restored with only one egg, rediscovering our victory, building a state of which we will all be truly proud.

And we can do it with confidence, soberly assessing the situation, learning from the mistakes made, joining the national revival united.

“Whatever the differences in our assessments of the past, it is clear that we are facing unprecedented problems.”

We have a turbulent society.

The vulnerable economy is burdened with enormous social problems.

There is a humanitarian catastrophe as a result of the large influx of people transferred from Artsakh to Armenia.

The situation caused by the epidemic is too complicated.

In the end, the Armenian spirit is hurt in any corner of the world.

Our country today is no longer the country we had on September 26, it is not even what we had on November 8.

We can not ignore this reality and continue to live a normal life.

During the last few days, in line with the imperative of the moment, I have held dozens of political consultations, meetings with parliamentary and extra-parliamentary forces, various non-governmental organizations and individuals. I had telephone conversations with our compatriots from different structures of the Diaspora.

The absolute majority of the participants in the meeting agree on one issue: the resignation or termination of the Prime Minister in accordance with the Constitution – early parliamentary elections.

In the current situation, there is no alternative for the Armenian people than to be united.

These days, each of us, especially politicians, government officials, must have a high level of responsibility and restraint, focusing our efforts exclusively on finding ways to overcome the crisis.

In this situation, I want to turn to law enforcement.

You have a great responsibility today, first of all, to ensure order in our country, to be strong, determined, but at the same time, every time, on every occasion, remembering that in front of you is your sister or brother.

Any deviation, any violation of the law, is unacceptable and unforgivable. I call on you to uphold and protect the law: legality.

My observations based on meetings and consultations are as follows:

Given the current situation, the imperative to overcome it with dignity, listening to the public demand, it is obvious that in order to keep the country from shaking, early elections to the National Assembly will be inevitable.

In this context, in my opinion, the only responsible approach may be to objectively assess the government’s own potential by the ruling political force, to present a roadmap in a short period of time, which will provide deadlines for initiating relevant constitutional processes, which will allow early parliamentary elections. Management will be handed over to a highly qualified National Accord government.

For the Republic of Armenia, the Republic of Artsakh and the entire Armenian people living in different countries of the world, my above-mentioned observations aimed at overcoming the crisis in these difficult days are based exclusively on national interests.

I hope that all the political forces will realize the responsibility of the moment, will fulfill their part of the historical mission with dignity.

I would like to remind you that today everyone is behind Armenia, both our friends and our enemies.

We have no other duty but to strengthen our country.

We have no choice but to unite the people without paying tribute to any step that threatens to divide society.

Only through unity will we be able to turn our backs on the burden of defeat, to present ourselves and future generations and the world community as the children of a nation that is impossible to defeat.

I am confident that the Armenian people will emerge from the difficult situation with honor and victory.

God bless us all.”