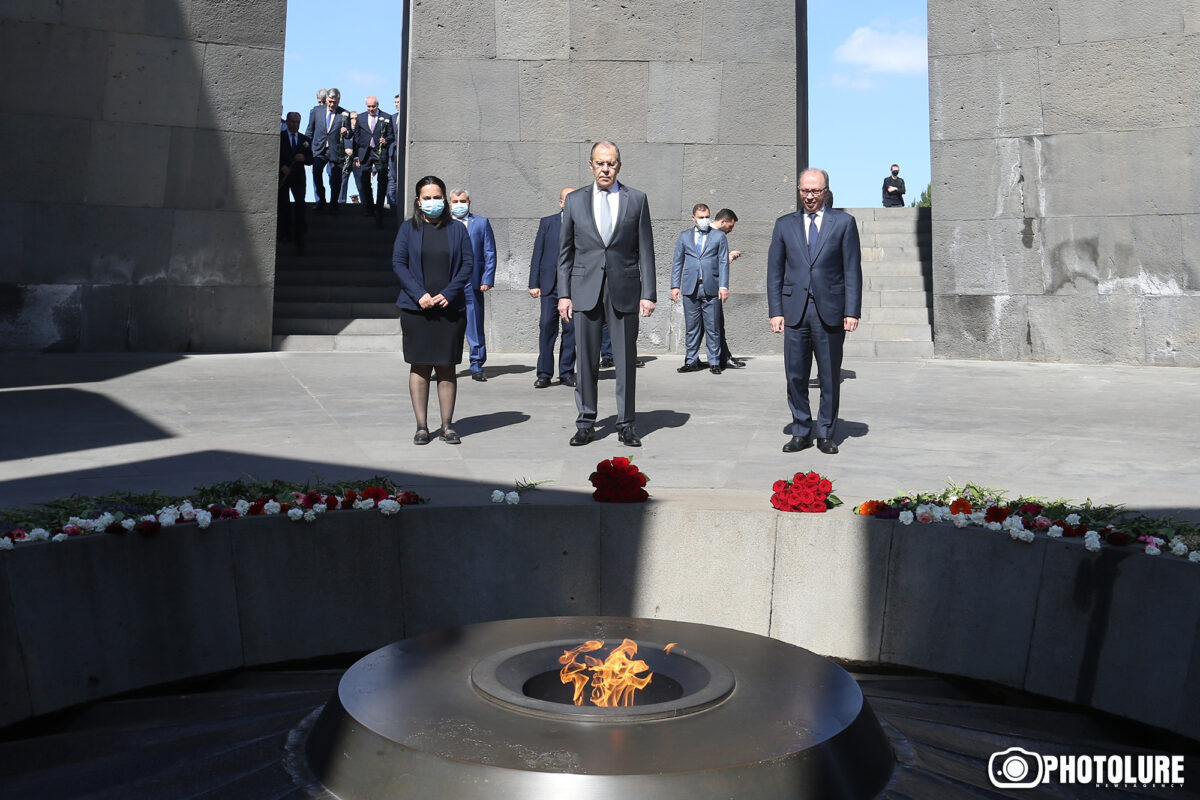 Sergey Lavrov pays tribute to the memory of the Armenian Genocide Victims at Tsitsernakaberd Memorial, May 6, 2021

(Armradio)- Russian Foreign Minister Sergey Lavrov visited the Tsitsernakaberd Memorial in Yerevan today. He laid a wreath at the memorial to the Armenian Genocide victims and paid tribute to their memory with a minute of silence.

The Russian Foreign Minister also watered the fir tree he had planted in the Memory Alley during one of the previous visits.

Sergey Lavrov has arrived in Armenia for a working visit. He is expected to have meetings with Armenia’s acting Prime Minister Nikol Pashinyan and acting Foreign Minister Ara Aivazian. 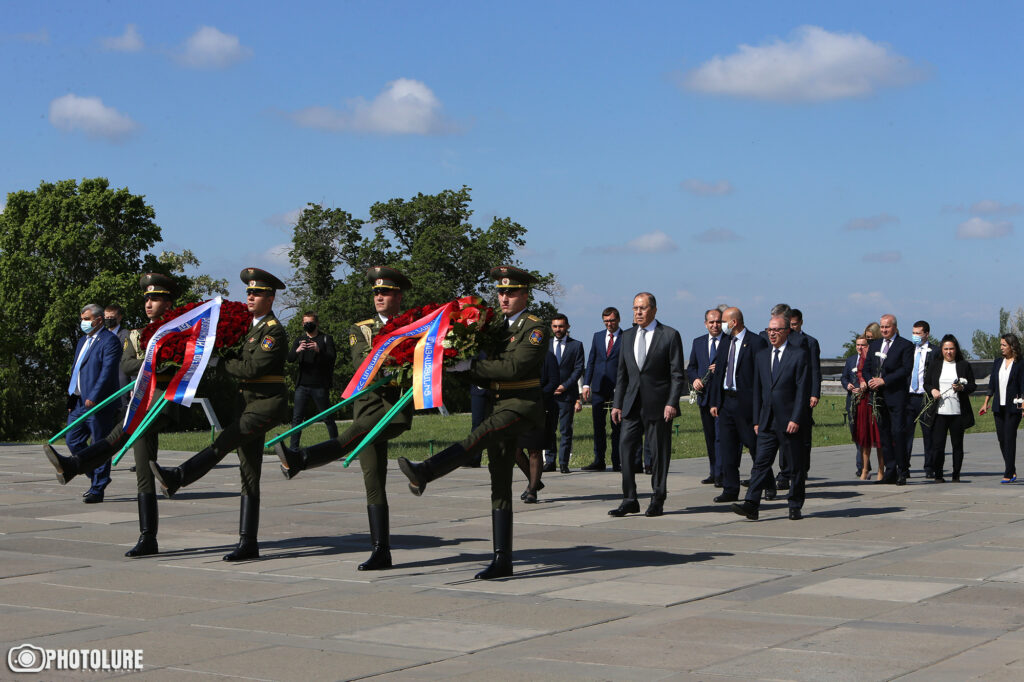