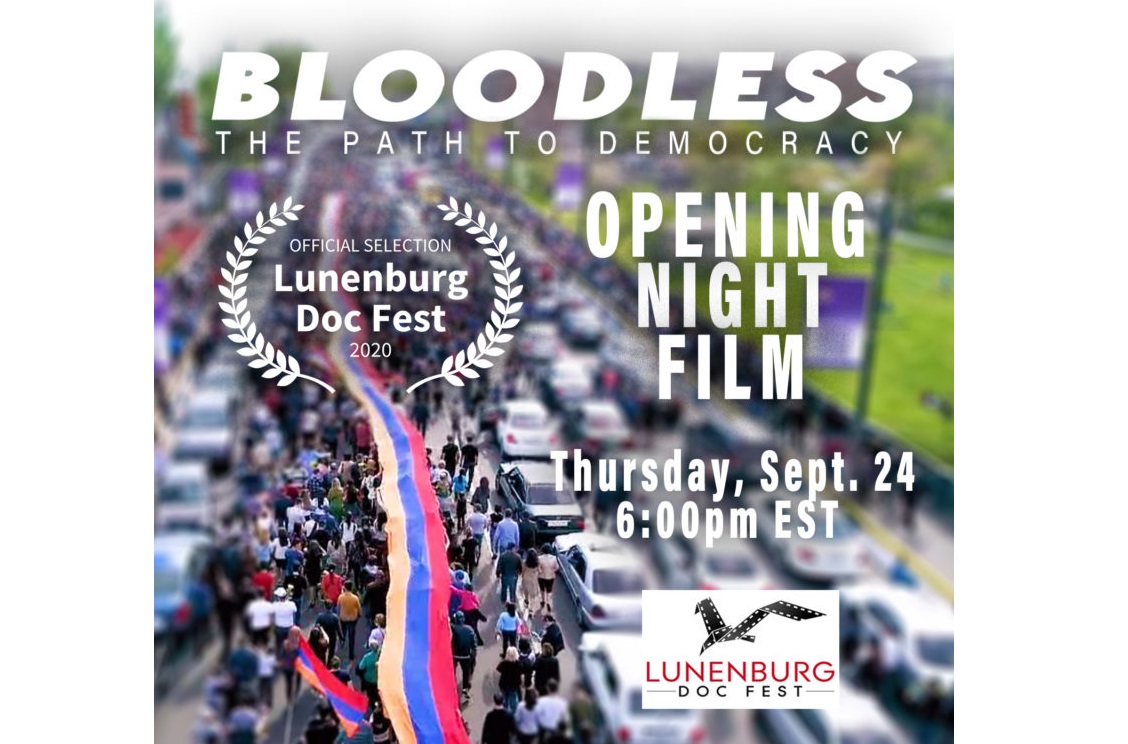 Filmmaker Bared Maronian’s latest documentary about Armenia’s Velvet Revolution “Bloodless: The Path to Democracy” will be featured at The Lunenburg Doc Fest, Nova Scotia, as the Opening Night Film.

Lunenburg is a prominent festival that can qualify Bloodless for Canada’s most prestigious film awards. The documentary will be live streamed on September 24, (6:00 pm EST).

The virtual showing of Bloodless at the Lunenburg Doc Fest will be available in Canada and the US on September 24, (6:00pm EST). Ticket purchase at the price of $5, which will give viewers an opportunity to vote for “Bloodless” for an audience award. Also, a Q & A session with Maronian will follow the screening.

The film can be purchased and watched here: