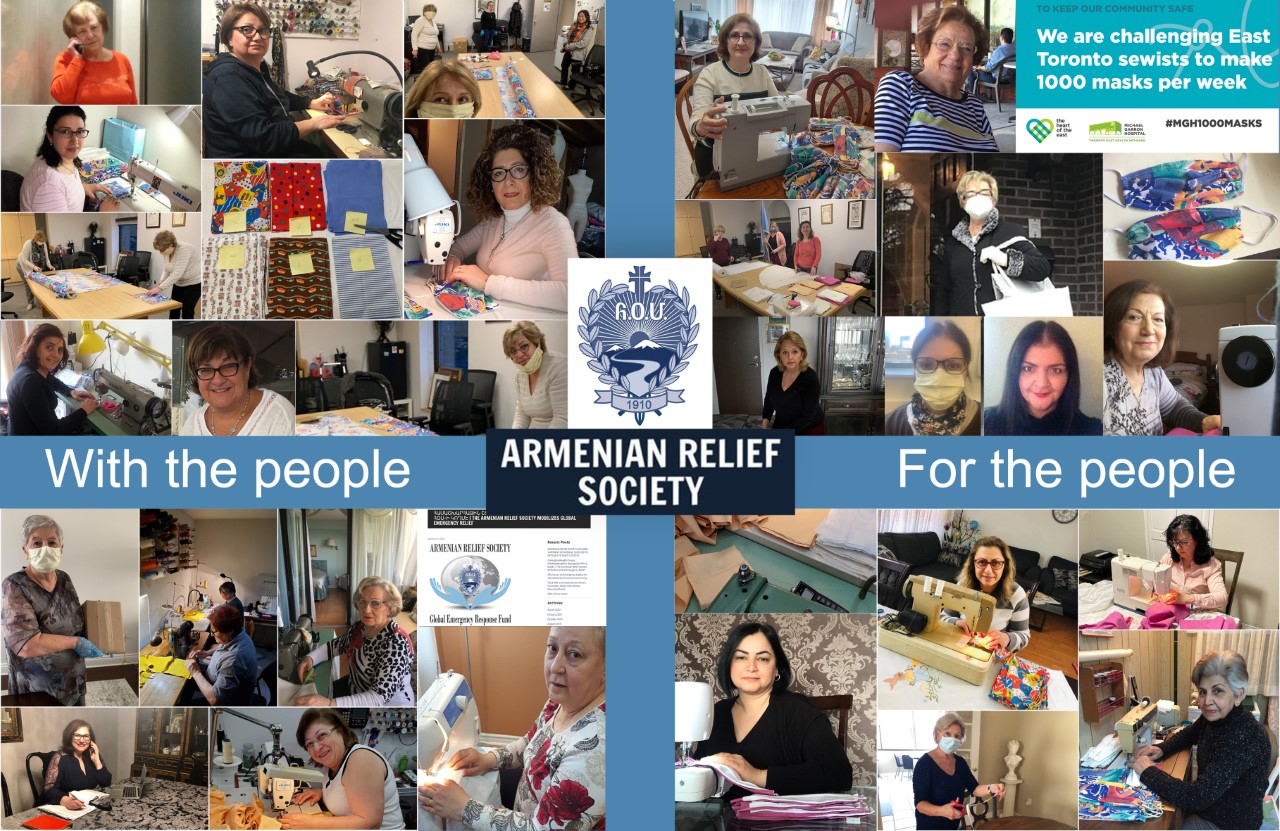 TORONTO – On Friday, April 24, 2020 the Armenian Relief Society of Toronto (ARS), will be donating 1,000 masks to the Michael Garron Hospital. ARS members responded to the call from Dr. Jeff Povis, Medical Director of Infection Prevention & Control of MGH and quickly organized their over 400 members to sew masks for vulnerable populations and the elderly.

As the ARS makes this small donation in appreciation of our front-line workers, we are reminded of the heroism of our Canadian front-line workers throughout time including during the Armenian Genocide. One notable story is that of Sara Corning, a Canadian nurse from Nova Scotia who came to the aid of the Armenian people and provided aid during the genocide. Corning was sent to Armenia to oversee an orphanage. At the end of 1922, Corning was sent to Smyrna while the Turkish army was capturing the city. Corning gathered the orphaned children and led them through the city to safety aboard an American ship, where they were then taken to Constantinople. She later established an orphanage for the children on the Greek island of Syros.

On April 24th, Armenian Genocide Memorial Day, we honour the memory of front-line workers of the past and pay tribute to our present day heroes and our collective spirit of survival.

WHEN: Friday, April 24th, 2020 at 8:00 am
WHERE: Michael Garron Hospital
WHO: Representatives from the ARS will drop off 1,000 masks; the ARS Chairperson Arda Shahinian will be available to speak to the media 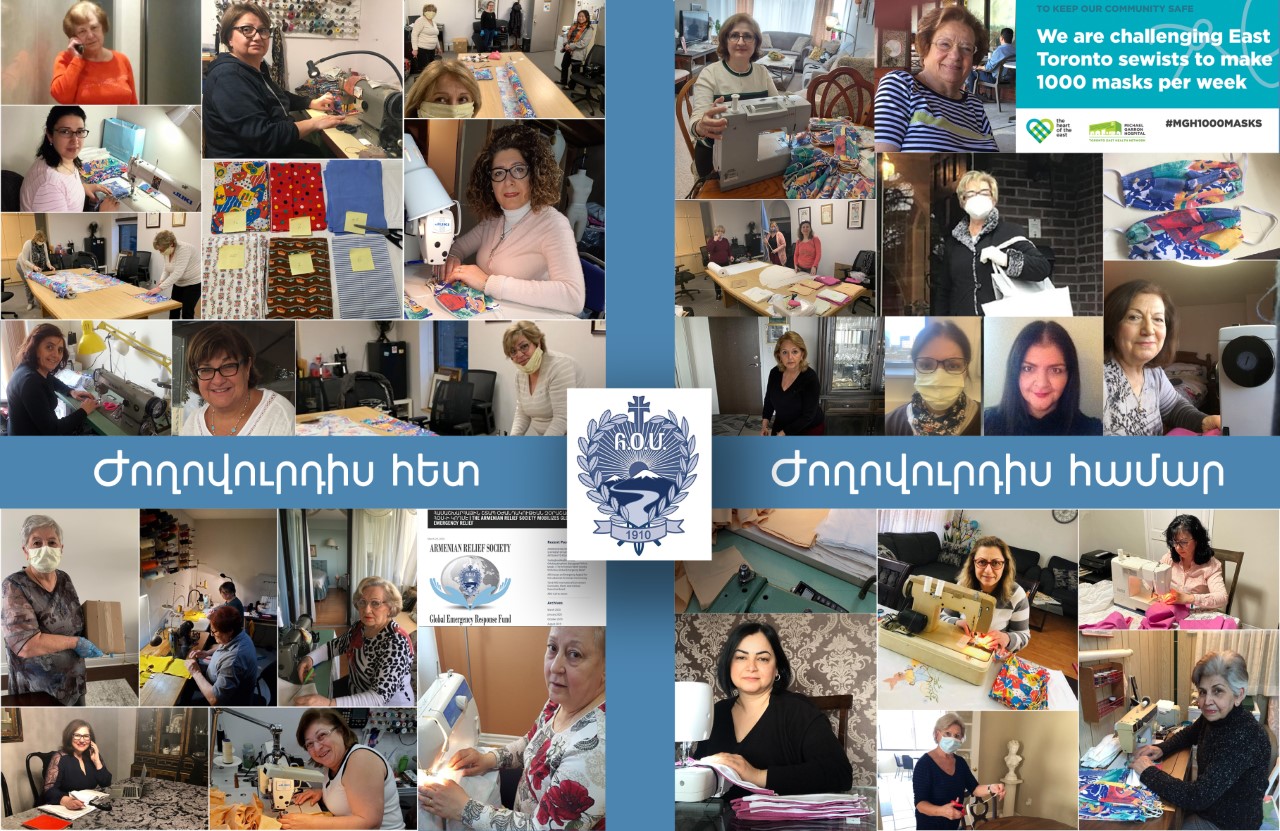