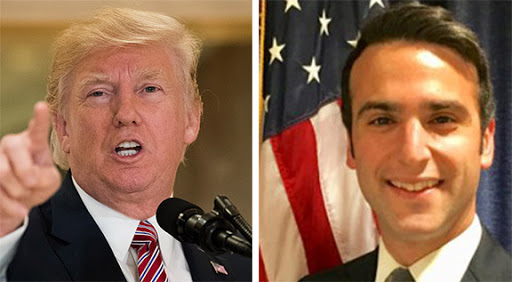 (Armradio)- US President Donald J. Trump has announced his intent to nominate Patrick Hovakimian, of California, to be General Counsel of the Office of the Director of National Intelligence, the White House informs.

Mr. Hovakimian is currently the Associate Deputy Attorney General and Chief of Staff to Deputy Attorney General Jeffrey A. Rosen at the Department of Justice.  He also served as the Department’s Director of Counter-Transnational Organized Crime and as an Assistant United States Attorney for the Southern District of California.  As a Federal prosecutor, Mr. Hovakimian prosecuted public corruption and white-collar crime, including multinational bribery and fraud conspiracies.

In addition, Mr. Hovakimian is a Commissioner of the Foreign Claims Settlement Commission of the United States, having been nominated by the President and confirmed by the Senate in 2018.

Earlier in his career, Mr. Hovakimian practiced law with Latham & Watkins, LLP, and was a law clerk for the Honorable J.L. Edmondson of the United States Court of Appeals for the Eleventh Circuit.  He holds a B.A. from Occidental College, an M.Phil. from the University of Oxford, where he studied as a Marshall Scholar, and a J.D. from Stanford Law School, where he studied as a Truman Scholar and was an editor of the Stanford Law Review.

Life During The Time of Social Isolation

How Social Distancing Is Affecting Your Life