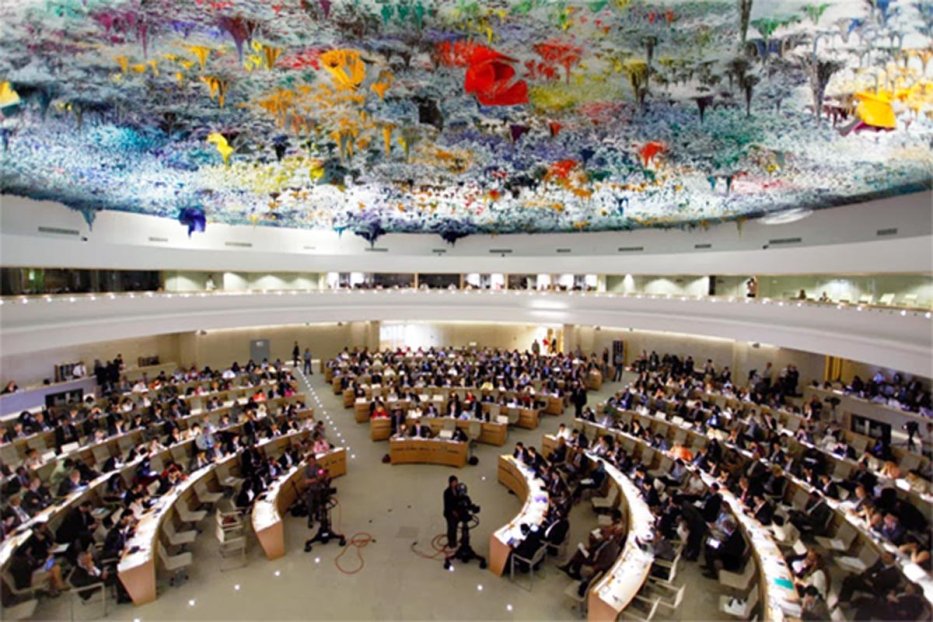 (Armradio)- The UN Human Rights Council has adopted by consensus a Resolution on Prevention of genocide, sponsored by Armenia.

“Most grateful to all cosponsors and members of the Council. Armenia continues to promote this important topic in international agenda,” Foreign Minister Zohrab Mnatsakanyan said in a Twitter post.

“The resolution is a manifestation of Armenia’s continuing and resolute commitment to the international efforts for genocide prevention. It’s a call to prevent deterioration of the human rights violations into such an egregious crime as genocide is. It’s pertinent and urgent as we all witness gross abuses of human rights in different parts of the world,” Armenia’s Permanent Representative Andranik Hovhannisyan, Permanent Representative of Armenia to the United Nations Office at Geneva, said as he presented the draft.

“Today it is not enough just to say “Never Again!” If pronouncing that motto loud enough should have had any effect, or one that we wanted, there should have been no more instances of the crime of genocide registered anywhere around the globe,” he added.

Amb. Hovhannisyan noted that “the Council will thus recognize that genocide is typically preceded or accompanied by widespread human rights violations, patterns of discrimination, statements by public figures that express support for the affirmation of superiority of a group.”

“The resolution expresses concern that justification, biased accounts, or denial of genocide may increase the risk of the recurrence of violence.
The draft resolution requests the High Commissioner to organize an intersessional meeting on strengthening capacities for the prevention of genocide. The Council will also invite SG’s Special Adviser on the Prevention of Genocide to an interactive dialogue,” he stated.

“Armenia cherishes the international consensus on the need to mobilize our efforts to prevent the scourge of genocide,” he stated.