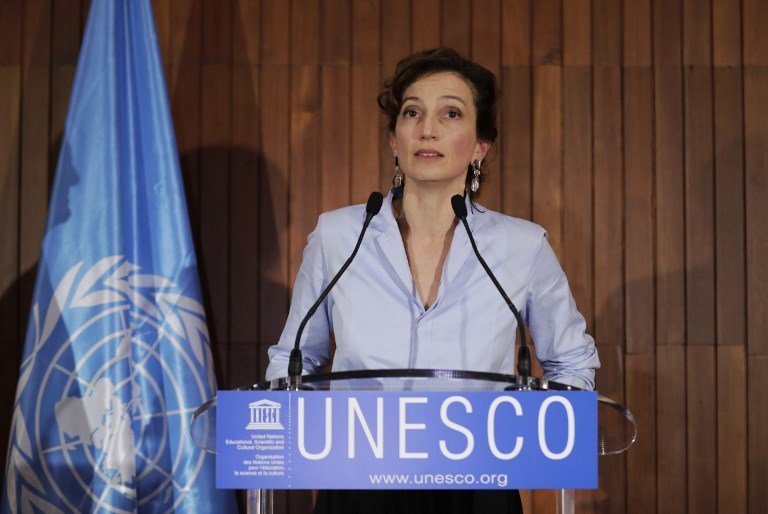 (Armradio)- During a meeting with representatives of Armenia and Azerbaijan to UNESCO, the organization’s Director-General Audrey Azoulay proposed sending a mission to Nagorno Karabakh in order to draw up an inventory of the most significant cultural assets, as a prerequisite for effective protection of the region’s heritage.

The Director-General recalled the statements made by the United Nations Secretary-General, who had expressed his relief and welcomed the agreement on a total ceasefire and cessation of hostilities in and around the Nagorno-Karabakh conflict zone.

The Director-General also reaffirmed the universal dimension of cultural heritage, as a witness to history and as inseparable from the identity of peoples, which the international community has a duty to protect and preserve for future generations, beyond the conflicts of the moment.

The Director-General would like to recall the provisions of the 1954 Convention for the Protection of Cultural Property in the Event of Armed Conflict and its two Protocols, to which both Armenia and Azerbaijan are parties, and which are based on the States Parties’ conviction that “damage to cultural property belonging to any people whatsoever means damage to the cultural heritage of all mankind”.

She also recalls UN Security Council resolution 2347 (2017), which stresses that “the unlawful destruction of cultural heritage, looting and smuggling of cultural property in the event of armed conflict, including by terrorist groups, and attempts to deny historical roots and cultural diversity in this context, can fuel and exacerbate conflicts and impede post-conflict national reconciliation, thus undermining the security, stability, governance and social, economic and cultural development of affected States”.

The Director-General of UNESCO reiterates her appeal of 9 October for the protection of heritage in this region and the absolute necessity of preventing any further damage.

During these meetings, the Director-General formally proposed the technical support of UNESCO, who have been unable to visit these zones to date despite past attempts, and who could, with the agreement of all concerned parties, carry out a preliminary field mission, in order to draw up an inventory of the most significant cultural assets, as a prerequisite for effective protection of the region’s heritage.

With this in mind, UNESCO will work with all interested partners to create the conditions for such a mission. High-level consultations have begun with the States co-chairing the Minsk Group.