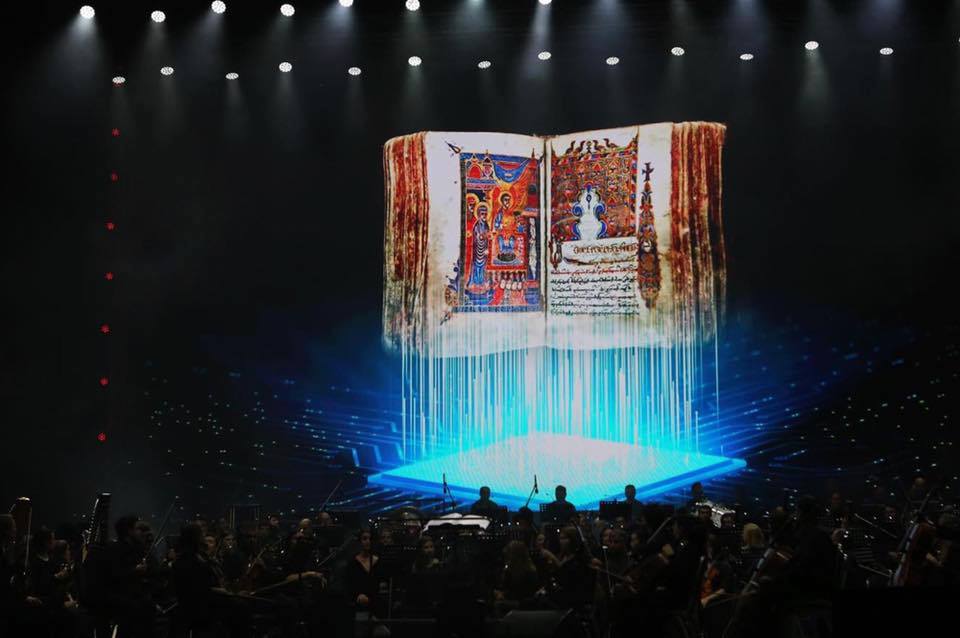 The 2019 World Congress on Information Technologies (WCIT) has officially kicked off in Yerevan with a huge concert at the Republic Square.

Prime Minister of Armenia Nikol Pashinyan is expected to deliver remarks at the opening ceremony in the Karen Demirchyan Sports and Concert Complex, the official venue of the event.

Union of Advanced Technology Enterprises President Alexander Yesayan, the chairman of the steering committee of WCIT 2019, will also deliver a speech.

A number of panel discussions will take place during the day, with multiple side events.

The WCIT World Orchestra, conducted by Sergey Smbatyan, performed the first ever concert of music written live by artificial intelligence.

The Orchestra, which is formed of more than 120 musicians from all over the world, aslo includes members of the Armenian State Symphony Orchestra.

The special composition was written on the spot by the new technology – developed specifically for the concert. Using machine-learning, the technology was fed thousands of pieces of traditional Armenian music over an eight-month period in order to create a new Armenian-style piece for the opening ceremony.

The musicians received the AI-composed scores live onto individual iPads as it was being composed, which they, with the conductor sight-read live for the audience.

At the end of the concert, renowned singer Armin van Buuren performed for the first time in Armenia.

WCIT is the signature event of the World Information Technology & Services Alliance (WITSA), a consortium of ICT associations from 83 countries, representing 90% of the industry.

This year, WCIT will address The Power of Decentralization: Promise and Peril to explore how information and communications technology is transforming our lives for better and for worse—its impact on profits and prosperity, safety and security, democracy and humanity.

The Congress is being held in Yerevan, Armenia October 6-9 and will include sessions on topics ranging from artificial intelligence, virtual reality, smart cities to cybersecurity, climate change, and more. Photos from the concert.