“Without Komitas, we would have been left with no record of most of our musical heritage. He laid the foundations of our national music,” says pianist and composer Serouj Kradjian 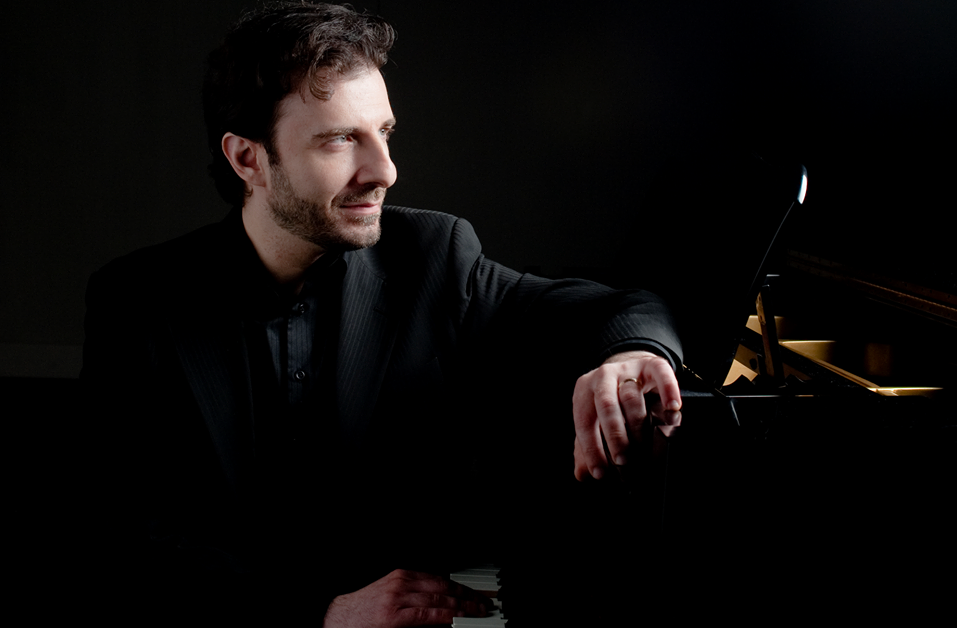 On October 25, Toronto music lovers will have a unique chance to celebrate Armenia’s national composer’s life through his music performed by Canadian musicians and singers.
Curated by pianist and composer Serouj Kradjian, a musical tribute including a range of Komitas melodies will be played and sung at Telus Centre for Performance and Learning’s Koerner Hall. “The concert that might well become the biggest event outside of Armenia dedicated entirely to his music, performed by a stellar lineup of non-Armenian artists”.
We had an email interview with Kradjian about the details of the concert and Komitas’ role in the formation of our national music.

Q. On October 25th, Komitas’s 150th anniversary will be celebrated by the Amici Chamber Ensemble at a prestigious Toronto music venue. What made you decide to mastermind such a big and important tribute concert?
A. The 150th birth anniversary is a wonderful opportunity to present Komitas, his music and his legacy to Toronto audiences. In a way, this is a continuation of my work on the Grammy-nominated album Gomidas Songs and the resulting tour, which included performances of his music at major North-American concert venues including Carnegie Hall, effectively introducing his music to a wider non-Armenian audience. What’s different this time, is that his music will be performed almost entirely by Canadian artists who have no Armenian roots (with a few exceptions).

Q. Which pieces of Komitas music did you have in mind while planning for the program? What did you want to highlight?
A. Komitas has composed so many miniature masterpieces, that had I included all of them, the concert would last 3-4 hours! So, in my concept and while curating the program, I decided to primarily focus on creatively depicting his sometimes joyful and mostly difficult life journey through his songs and instrumental music. The songs I’ve chosen represent his love for village life and nature, the joyful songs and dances at weddings, his devotion to music for children, his life as a priest, his special relationship with French composer Claude Debussy, his agony during the Genocide, and falling silent as a result. Of course, all his “hits” such as Dziranee Dzar, Groung, Karoun a, Andouni, Keler-Tsoler, Hoy Nazan, Sourp Sourp are included, alongside lesser known songs such as the Children’s Prayer, which he composed during his deportation and which ended up being his very last composition.

Q. Who else is taking part in the musical tribute and how many artists will be performing?
A. The Amici Chamber Ensemble (clarinetist Joaquin Valdepeñas, cellist David Hetherington and myself) will be joined by acclaimed Canadian baritone Russell Braun, Canada’s revered chamber choir the Elmer Iseler Singers, the Canadian Children’s Opera Company and Young Voices Toronto, soprano Lynn Isnar, violinist Mark Fewer, violist Barry Shiffman and dancers from Hamazkayin Toronto “Erepuni” Dance Ensemble. More than 80 performers on stage!

Q. What would you like to be the audience’s main take away from the program?
A. Other than his beautiful and profound music , which I believe will deeply resonate with Armenians and non-Armenians alike, the audience at Koerner Hall will come face-to-face with a relatively unknown cultural icon, a visionary, whose story and legacy is yet another undeniable proof that the human mind and soul is unbeatable and unbreakable, when guided by noble principles, however impossible they may seem to attain. This concert might well become the biggest event outside of Armenia, dedicated entirely to his music, performed by such a stellar lineup of non-Armenian artists. This is a proud moment for the Toronto Armenian community, and it wouldn’t have been possible without the generous support of Hamazkayin Toronto, the Canadian Armenian Association for the Performing Arts and the AGBU.

Q. How is Komitas’ music perceived by the non-Armenian performers and musicians in the program or in general? Have you heard any specific comments or feedback regarding the music of Komitas during your musical career with non-Armenian artists?
A. “So much beauty in its simplicity” and ” balm for the soul” are comments I’ve heard many times over the years from non-Armenian artists and performers about the music of Komitas. Through these songs and sacred hymns Komitas created a melodic and harmonic language which sounds neither Western nor Eastern. It sounds unique and timeless. That’s what fascinates the non-Armenian performer and listener.

Q. How would you characterize the role of Komitas in the formation of our national music?
A. Komitas carefully searched for our centuries- old musical gems, he handled each one of them with immense care, cleaning them, polishing them, and eventually presenting them to the world with pride, and in their best and most authentic versions possible. And by some kind of miracle, he appeared in our nation’s history exactly at the right time, because only a few years later this musical and cultural tradition would be erased forever at the hands of the Ottoman Turks during the Genocide of 1915. Without Komitas, we would have been left with no record of most of our musical heritage. He laid the foundations of our national music. We should be thankful to him, we should continue to present his work on international stages, and most importantly, we should continue his work of preserving Armenian music in its authentic form.

Q. We’ve seen you lately involved in collaborative creative works. What does that process mean for your career? And any new projects coming up?
A. I’ve always had a variety of musical interests, a curious research-oriented mind and breaking down borders between different musical styles from different cultural traditions, and their fusion, interests me immensely. In the past few years I am quite busy with musical projects which are quite diverse. Last June, with Russell Braun we premiered Hell’s Fury, a musical theatre piece based on the life of German composer Hanns Eisler, to critical acclaim, at Toronto’s Luminato Festival. It will start touring later this year. I have started work on my first opera, it will be a children’s opera based on the Armenian folktale Hazaran Blbool (Nightingale of a Thousand Songs), to be premiered by the Canadian Children’s Opera Company. My “Reimagining Flamenco” project with guitar virtuoso Grisha Goryachev continues touring, and I am in the process of planning a new recording/touring project with my arrangements of music from Lebanon, my birthplace.

Charles Aznavour’s bust to be installed in Paris