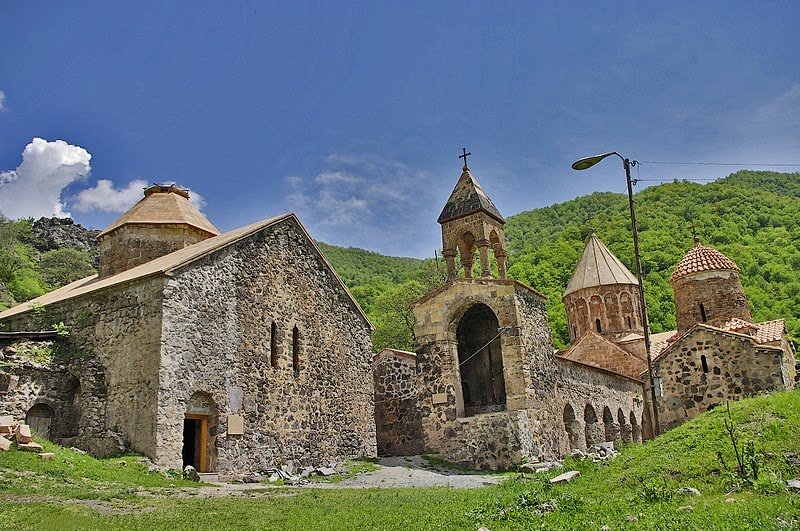 (Armradio)- The executive committee of the World Council of Churches (WCC) has called on UNESCO to take all possible and appropriate measures to protect these sites.

“We join with His Holiness Karekin II, Supreme Patriarch and Catholicos of All Armenians, in praying for wisdom, unity and calm,” the Council of Churches said after the announcement of the trilateral agreement to end the war in Karabakh.

“We grieve with all those who have suffered terrible losses not only in the renewed fighting since 27 September but throughout the long history of the struggle for self-determination in the region, entrenching antagonism more deeply with each precious life lost,” WCC said in a statement.

“We stand in solidarity with the Armenian communities that are threatened by the renewal of the genocide against their people, particularly in light of the egregious comments made by Turkish President Erdogan vowing to “fulfill this mission, which our grandfathers have carried out for centuries, in the Caucasus region” and in light of Turkey’s role in the current conflict. The WCC condemns any such threats, explicit or implicit, and the actions of those who have insinuated themselves in the conflict and exacerbated its violence, including by supplying internationally-banned weapons, sending mercenaries and jihadists from Syria and elsewhere, and seeking to turn it into a religious conflict,” the statement reads.

The WCC condemned the use of chemical weapons and cluster munitions, the targeting of civilians, hospitals, and public infrastructure, and all other war crimes, beheadings, torture, and other atrocities witnessed in the past weeks.

They also appealed for respect for the holy sites and cultural heritage of Nagorno-Karabakh/Artsakh, though the repeated shelling of the Ghazanchetsots Cathedral in Shushi on 8 October and the numerous reports being received of other more recent desecrations indicate a different reality. They also urged UNESCO to take all possible and appropriate measures to protect these sites.

“We call urgently upon all members of the international community to join in supporting efforts for the protection of such holy sites, for the return in safety and dignity of all refugees and displaced people, for protection of the Armenian people from the threat of genocide, for a lasting peace founded on justice and human rights for the people of Nagorno-Karabakh/Artsakh and the wider region, and to refrain from instigating or encouraging antagonism, conflict, and injustice,” the World Council of Churches said.

“We lift up and accompany the continuing ministry and witness of the churches of the region, and pray that the church leaders may be given strength and wisdom to guide their people through this crisis,” the Council concluded.