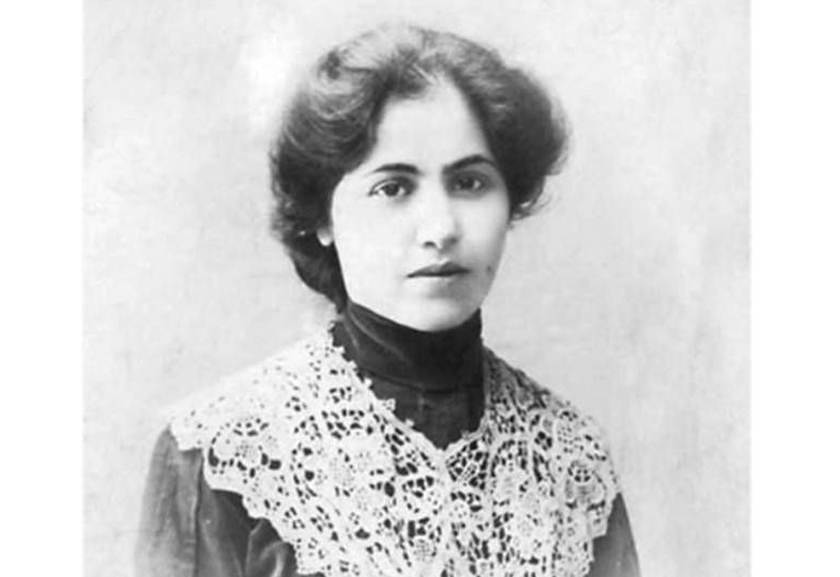 Asked to name her “favorite book no one else has heard of,” Shafak cited In the Ruins by Zabel Yessayan, an account of the 1909 massacres of Armenians in Adana.

“The Armenian feminist, novelist and intellectual Zabel Yessayan was a writer with a brilliant mind and a woman far ahead of her time,” Shafak said in the interview. “In the Ruins is a heart-rending cry, an important chronicle,” she added. “A very important read.”

An award-winning British-Turkish author, Shafak writes in both Turkish and English. Her most recent novel 10 Minutes 38 Seconds in This Strange World was a finalist for the 2019 Booker Prize. Her earlier works include the bestselling novels The Bastard of Istanbul, The Forty Rules of Love and Three Daughters of Eve.

Zabel Yessayan was a prominent Armenian writer, intellectual, and social activist. Born in Constantinople (Istanbul) in 1878, she received her early education at the Holy Cross Armenian School and became one of the first Ottoman women to study abroad when she enrolled at the Sorbonne in Paris. She began publishing articles and books and became prominent in French and Armenian intellectual circles.

In 1909 the Armenian Patriarch in Istanbul appointed her to head a delegation to the Adana province of Turkey to survey the damage caused by the 1909 massacres of the Armenians there and to arrange relief efforts. Upon her return to Istanbul, Yessayan published a series of articles about her experiences, and these were later collected into a book titled In the Ruins.

In 1915 Yessayan became the only woman on the list of Armenian intellectuals to be arrested on April 24, but she managed to elude her captors and escape to Bulgaria. During and after World War I she traveled widely in Europe, the Caucasus and the Middle East, using her contacts in the Armenian and foreign press to publish information, including eyewitness accounts, about the Armenian Genocide.

Yessayan moved in 1929 to Soviet Armenia, where she taught literature at Yerevan State University and continued writing and publishing. In the 1930s she became a victim of Joseph Stalin’s repression of intellectuals; she was arrested and died in an unknown prison, probably in 1943.

AIWA has had three of Yessayan’s books translated into English and published as part of its Treasury of Armenian Women’s Literature series. In addition to In the Ruins, these are The Gardens of Silihdar (a novel/memoir of Yessayan’s early life) and My Soul in Exile (a novella about the role of the artist in society). Soon to be released by AIWA Press is the latest book in the series, the groundbreaking Armenian feminist novel Mayda, by Srpuhi Dussap, originally published in 1883.

All AIWA books are available for purchase through the organization’s website, through Amazon books and retailers specializing in Armenia-related material.